This was observed in a meeting of the Head of DND Thought Centre and Prague-based Foreign Affairs expert Shazia Anwer Cheema with Pakistani origin Norwegian politician Khalid Mahmood here in Oslo on Tuesday. Khalid Mahmood is a renowned politician and writer of several books including a comprehensive research-based book on the Kashmir issue in the Norwegian language. 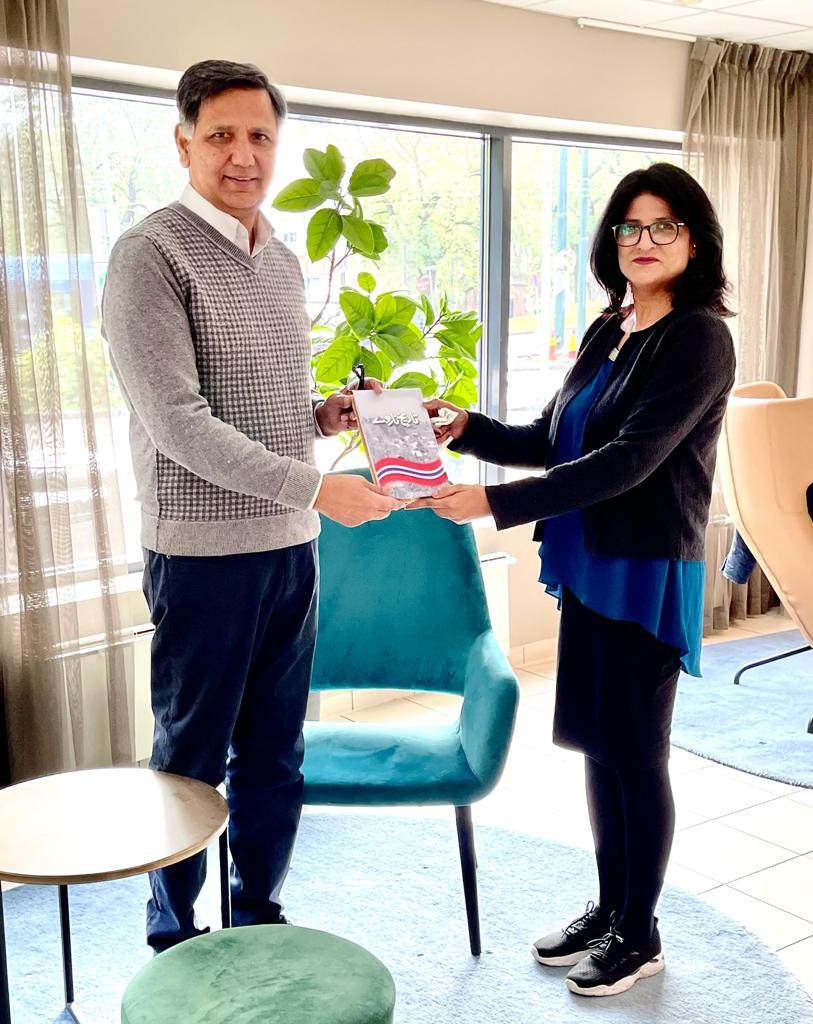 Khalid Mahmood presented his books to Shazia Anwer Cheema during their meeting. His book Tarekh-e-Norway is popular among Urdu readers. Khalid Mahmood, who served as a member of Oslo City Council,  took three years to write the book, liaising with his publishers in Lahore over how to translate certain terms — such as the Eucharist, which do not exist in Urdu. The book tells the history of Norway from the Ice Age until 1970, drawing on classic Norwegian histories, as well as on the biographies of Norwegian leaders such as Jo Benkow, Johan Nygaardsvold, and Einar Gerhardsen.