The second One Day International (ODI) between Pakistan and West Indies will be held at Multan Cricket Stadium on Friday.

The match will begin at 04:00 pm as per Pakistan Standard Time (PST).

Batting first, West Indies put a decent score of 308 for 8 on the board. The opener Shai Hope struck 127 runs with 15 fours and 1 six.

In the middle order, Shamarh Brooks also scored 70 runs while Rovman Powell, Romario Shepherd and Nicholas Pooran also contributed with the bat with 32, 25 and 21 runs respectively.

However, the rest of the batters couldn’t make worthwhile contributions. In the end, the team scored 305 runs for the loss of 8 wickets in the stipulated 50 overs. 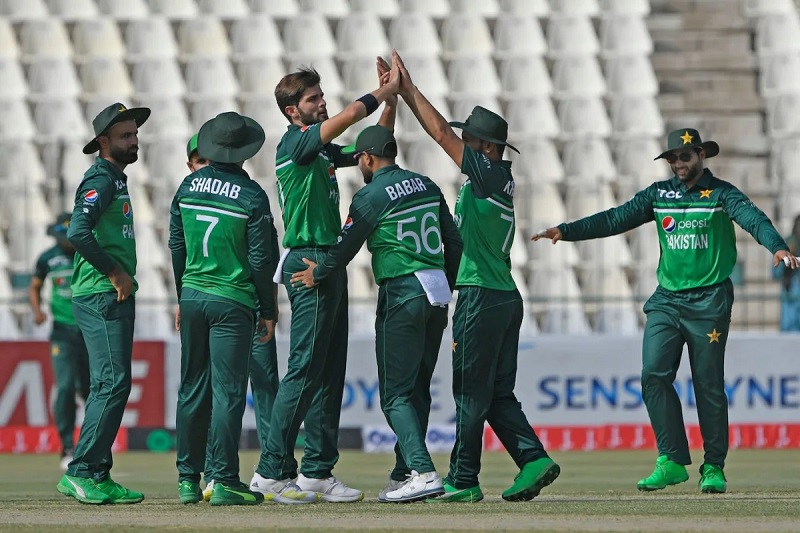 In reply, Pakistan reached the target of 306 runs for the loss of 5 wickets with 4 balls still remaining.

The Captain Babar Azam smashed 103 runs and became the only player to record three successive ODI centuries twice. It was also his 17th ODI century.

Prior to Multan’s innings, Babar Azam had scored 114 and 105 runs in two consecutive innings against Australia in Lahore.

In 2016, Babar had also smashed three centuries in a row against West Indies in UAE.

Besides Babar Azam, Imam-ul-Haq, Mohammad Rizwan and Khushdil Shah also played brilliantly and led the side to the victory. They scored 65, 59 and 41 runs respectively.

Khushdil Shah was declared man of the match for smashing 41 runs with 4 sixes.

Mati
Mati-Ullah is the Online Editor For DND. He is the real man to handle the team around the Country and get news from them and provide to you instantly.
Share
Facebook
Twitter
Pinterest
WhatsApp
Previous articlePakistan, Korea sign framework arrangement worth US$ 1,000 million
Next articleFederal govt to provide solar panels for domestic consumers in Gwadar: PM