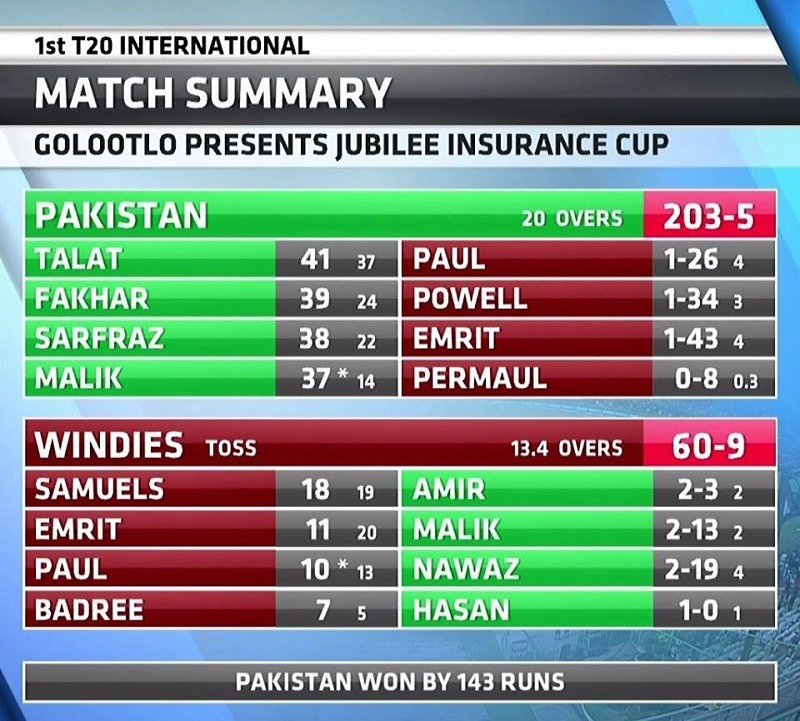 Pakistan-West Indies three-match T20 series is much more than a mere bilateral series for Pakistan as the terror-stricken and cricket-starved nation is desperate to experience the excitement of International Cricket on its soil.

Though it’s just been a few days since Karachi hosted the PSL 2018 Final featuring International Players as well but a full contingent of players from another Cricket nation will arrive here for the first time after February 2009.

It will only be the second time that National Stadium Karachi will host a T20 International as prior to that, just Bangladesh faced Pakistan here on April 20, 2008.

Overall, it would be Pakistan’s eighth T20I on their soil, and which maintain an excellent record as out of their previous seven T20s in front of home crowd, they lost just one and that was against World XI on September 13 last year in Lahore.

If Pakistan are currently ranked number one T20 side in the World, the 5th ranked West Indies are also the World Champions but in the absence of their T20 Captain Carlos Brathwaite, Chris Gayle, Evin Lewis and Jason Holder, they look a weaker and inexperienced side as compared to Pakistan.

Even in terms of previous bilateral encounters in T20 Cricket, Pakistan have been the dominant side over West Indies. Both the teams have so far played 11 T20Is, out of which eight ended in Pakistan’s victory while three were won by West Indies.

First group of 11 Windies players have arrived in Karachi rest are coming in next few hours. Big game tonight at NSK! #PakvWI pic.twitter.com/sLP7cwLu20