Mere 202 runs for 4 were scored by Pakistan throughout the third day against Sri Lanka, and now the first Test is poised to determine either will it end inconclusively or vice versa in Abu Dhabi on Sunday.

So far the first Test has been very slow and conditions have been conducive for batting; however as the match enters fourth day on Saturday, the pitch is likely to somewhat deteriorate which may help bowlers to take wickets in quick succession.

Unlike Sri Lankan top order, all five Pakistani top order batsmen, who have so far batted in first innings, looked settled in the crease and scored reasonable runs. Babar Azam with 28 runs has so far been the lowest scorer from Pakistan in first innings.

Both the Openers Sham Masood and Sami Aslam scored fifties while Azhar Ali still remains not out on 74.

Not only Azhar Ali scored his 26th Test fifty but he also reached the milestone of 5,000 runs in his 61st Test, becoming the only eighth Pakistani batsmen to do so. Prior to him, Younis Khan, Javed Miandad, Inzamam-ul-Haq, Muhammad Yousaf, Salim Malik, Misbah-ul-Haq and Zaheer Abbas had also scored 5,000 Test runs or more. 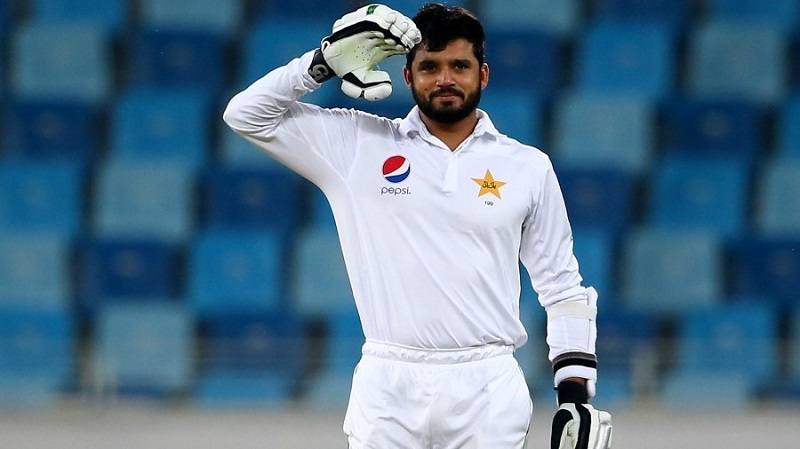 At stamps, Pakistan were at 266 runs for 4 in 112.4 overs. Babar Azam was the last dismissal but before the next batsman was to arrive to join Azhar Ali for fifth wicket partnership, umpires announced the end of the day.

Mati
Mati-Ullah is the Online Editor For DND. He is the real man to handle the team around the Country and get news from them and provide to you instantly.
Share
Facebook
Twitter
Pinterest
WhatsApp
Previous articleMamnoon urges Muslims to run their affairs in line with Imam Hussain’s life
Next articleAshura procession in Lahore was target of terrorists killed by CTD in Lahore