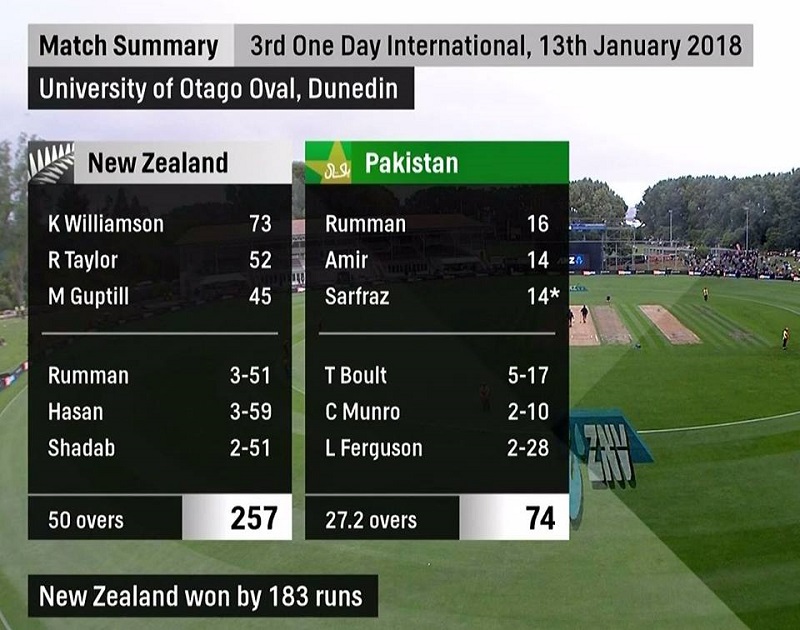 Following Story was posted prior to the beginning of third ODI between Pakistan and New Zealand at University of Otago Oval on January 13, 2018.

Will Pakistan take the World by Strom once again following two back-to-back defeats against New Zealand in Testing Conditions? The answer awaits just a few hours to surface as the two Teams are now again set to meet at University of Otago Oval in Dunedin on Saturday.

The visiting Pakistan has a very little margin of error, it can afford to make; otherwise, the five-match ODI series will easily slip away to New Zealand which is already leading it by 2-0.

New Zealand has now consistently been improving its winning percentage in ODIs against Pakistan, which at the moment stands at 45.40 percent. The last battle took place at Nelson on January 9 was the 100th between the two Teams, and it was won by New Zealand, registering its eighth consecutive win over Pakistan in ODIs.

The first ODI’s Highest Scorer from Pakistan Fakhar Zaman couldn’t make to the Playing XI for second match for injury issue, and was replaced by Imam-ul-Haq. But the Debut Centurion failed to leave an impact and went early for just 2 runs. Fakhar Zaman is most likely to return in third ODI.

Both the first two One Day Internationals (ODIs) didn’t reach its proper culmination as they remained rain-interrupted and eventually results were declared under the Duck World Lewis (D/L) method. However, rain has not been forecast for University Oval where the third ODI will go underway. 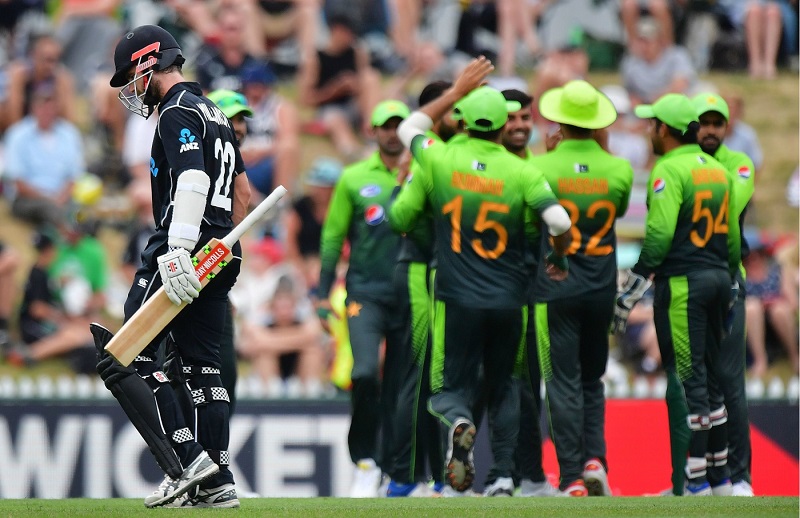 So far both Pakistani Bowling and Batting haven’t been up to the mark; and if the batting lineup was yet unable to get rid of its fragile nature, the dependable bowling lineup also seemed struggling in New Zealand.

Prior to third ODI, Pakistan Cricket Team held a practice session at University Oval wherein endeavors were made to overcome the flaws which led the Side to suffer defeats at Wellington and Nelson.

Mati
Mati-Ullah is the Online Editor For DND. He is the real man to handle the team around the Country and get news from them and provide to you instantly.
Share
Facebook
Twitter
Pinterest
WhatsApp
Previous articleNational Internal Security Policy centered on goals defined in vision 2025: Ahsan
Next articleDubai Tourism, Shah Rukh Khan recreate #BeMyGuest Magic