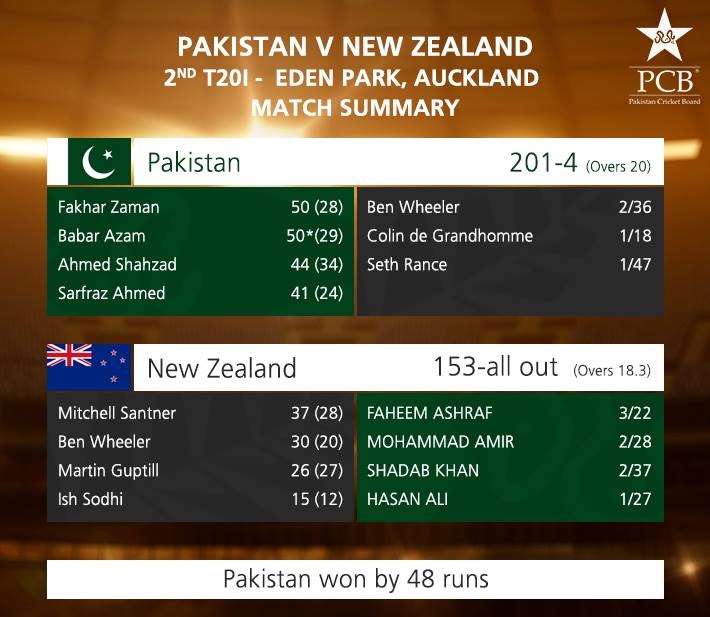 Following story was posted prior to the beginning of 2nd T20 between Pakistan and New Zealand at Auckland on January 25, 2018.

Embattled Pakistan are yet to taste their first victory against the Host New Zealand since the former landed in the Country in late December 2017 with just two T20Is are remaining during the Tour.

Since Pakistani batsmen didn’t yet learn how to make adjustment in bowling-friendly Conditions, it would not be surprising if New Zealand seal another series win comfortably.

But as it is said ‘better late than never’, Pakistan can still make their worth acknowledged in remaining both T20s, one of which will begin at Eden Park in Auckland on Thursday at 11:00 am PST.

Pakistan are likely to alter their Playing XI Squad for the Second T20, and especially the experienced Ahmed Shahzad may join Fakhar Zaman as the Opening Pair. In the First T20, Ahmed Shahzad along with Muhammad Hafeez was left out.

Recently, New Zealand have become invincible against Pakistan in Cricket as the former maintain their three-match winning streak in Tests, 11-match in ODIs, and four-match in T20Is against the latter.

In T20Is, Pakistan beat New Zealand last time on January 15, 2016 in Auckland – the venue of Second T20 – while all following battles were won by Black Caps. 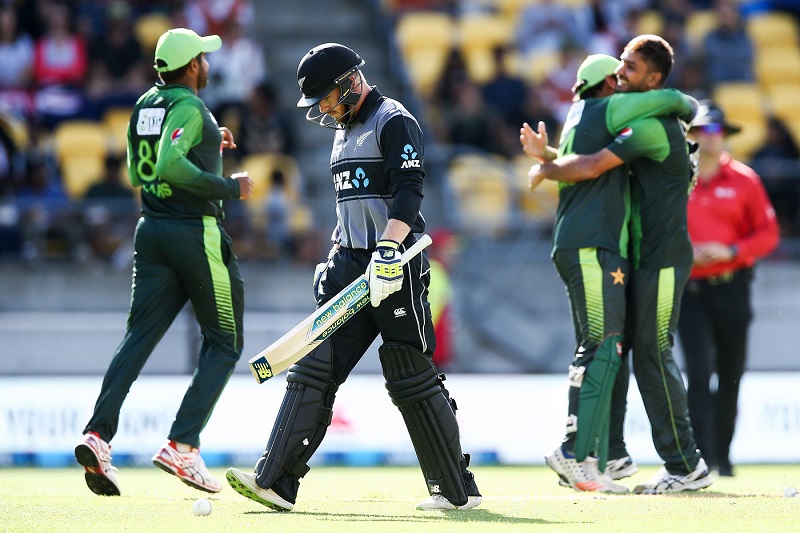 Now the Second-Top Ranked Team in ICC T20I Rankings, Pakistan must win the next encounter somehow to save the series; otherwise, a loss would just add further miseries in their already woes.

Pakistan lost to New Zealand in the First T20 by 7 wickets, and in which except Babar Azam and Hasan Ali, no other Pakistani batsmen could enter into double figures.

In reply to Pakistan’s 105 runs, New Zealand easily reached the target in 15.5 overs for the loss of three wickets with Colin Munro’s unbeaten Highest Score of 49.

Mati
Mati-Ullah is the Online Editor For DND. He is the real man to handle the team around the Country and get news from them and provide to you instantly.
Share
Facebook
Twitter
Pinterest
WhatsApp
Previous articlePM Khaqan seeks strong, sustained Pakistan-AIIB relationship
Next articleForeign investment pouring into Pakistan through CPEC: Marriyum