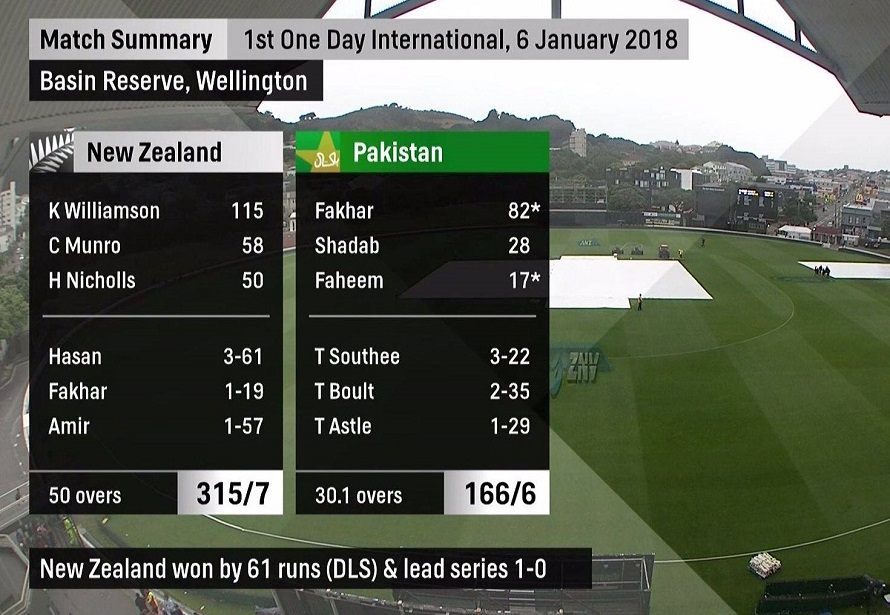 The second ODI between Pakistan and New Zealand will be played at Saxton Oval in Nelson on Tuesday (January 9, 2018).

PTV Sports will telecast all the matches Live from New Zealand. 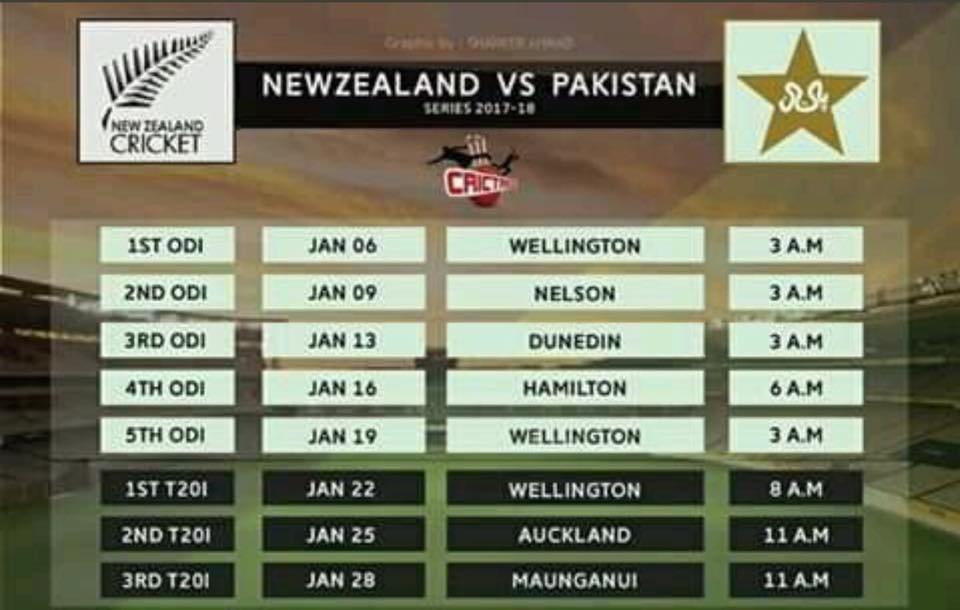 Following Story was posted prior to the beginning of first ODI in Wellington on January 6, 2018.

Following an exciting and incredible previous year, Pakistan Cricket Team is poised to carry on its success story in 2018 as well, as it will begin its New Year journey with the first ODI against New Zealand at Basin Reserve in Wellington on Saturday (January 6, 2018).

Having its confidence well boosted after the ICC Champions Trophy 2017 triumph, Pakistan has since then been unbeaten. Currently Sixth ranked, Pakistan’s Hasan Ali and Muhammad Hafeez are occupying the top positions in ICC ODI Bowling Rankings and ICC All-Rounder Rankings respectively while its Babar Azam is at number four when it comes to ICC ODI Batting Rankings.

Since June 7 last year, Pakistan has consecutively won nine One Day Internationals (ODIs), and prior to the official beginning of five-match ODI series against the Host, it also defeated New Zealand XI by 120 runs in Tour Match on January 3 with both the openers Azhar Ali and Fakhar Zaman making Centuries.

However in recent bilateral encounters, New Zealand has clearly been dominant over Pakistan in ODIs. Since December 2014, the two teams have met each other 10 times in 50-over format; out of which eight were won by New Zealand and in two ODIs Pakistan emerged victorious while one match was abandoned.

In the last tour to New Zealand, Pakistan undertook almost a year ago, the visitors had to suffer an ODI series loss by 2-0.

Overall, both the teams have been face-to-face 98 times in ODIs since 1973. Out of which, Pakistan bagged victories in 53 matches with a winning percentage of 55.72.

Unlike Pakistan which played its last ODI against Sri Lanka in Sharjah on October 23, 2017, New Zealand has consistently been playing for a while now. It has just comprehensively beaten visiting West Indies in all formats of the game – two Tests, three ODIs and three T20Is.

Mati
Mati-Ullah is the Online Editor For DND. He is the real man to handle the team around the Country and get news from them and provide to you instantly.
Share
Facebook
Twitter
Pinterest
WhatsApp
Previous articleJazzCash, Bank Alfalah securing funds transfer across Pakistan
Next articleSome eying division among people to fulfill their evil designs: Shahbaz Sharif