The two arch-rivals Pakistan and India are set to kick off their ICC Men’s T20 World Cup 2021 journey with their inaugural match at the Dubai International Cricket Stadium on Sunday at 07:00 pm PST. (PTV Sports)

They last met in the T20 World Cup 2016 match at Kolkata on March 19 in which India led by Virat Kohli secured the victory by 6 wickets. 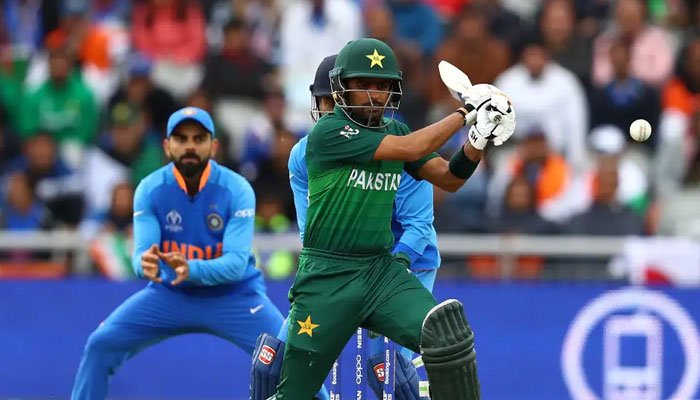 Owing to their sour political ties, bilateral matches between Pakistan and India are almost extinct and the two neighbors now only meet at ICC events.

And then its #Pakistan vs #India
7 pm at #Dubai in the @ICC #T20WorldCup pic.twitter.com/FPdK5E7PxN

For Pakistan vs India Live Streaming, go to the following links;

Though India have inarguably been dominant over Pakistan in T20 Internationals; however, the Dubai International Cricket Stadium, which will host their next clash, has been a successful venue for green shirts.

Pakistan have so far played 25 T20 Internationals against various tops teams including Australia, England, South Africa, New Zealand, Sri Lanka, and West Indies at the Dubai International Cricket Stadium. Of them, one T20I against Australia on September 7, 2012 was tied while Pakistan sealed victories in 14 matches.

Will #Pakistan turn the tide in today’s clash in Dubai? 🤔 #T20WorldCup #INDvPAK pic.twitter.com/MduESb3GQC

For the match against India on October 24, Pakistan have named the following the 12-man squad: