The second match of the three-match T20 series between Pakistan and Bangladesh will be held at the Sher-E-Bangla National Cricket Stadium in Dhaka on Saturday.

So far, the two sides have played 13 T20 Internationals against each other. Out of them, Pakistan won 11 matches whereas Bangladesh sealed victories in T20Is.

For PTV Sports Pakistan vs Bangladesh Live Streaming, go to the following link;

Earlier in the first T20 on Friday, Pakistan defeated Bangladesh by 4 wickets.

Batting first, Bangladesh put 127 runs on the board in 20 overs for the loss of 7 wickets. 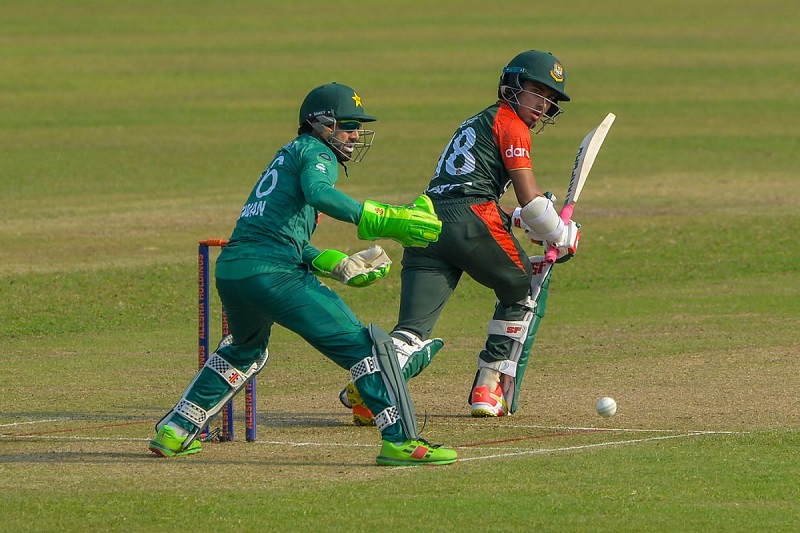 Bangladesh struggled early on and lost three of their top-order batsmen for just 15 runs. However, Afif Hossain, Nurul Hasan, and Mahedi Hasan played crucial knocks and led their side to end the innings with something for the bowlers to defend.

They scored 36, 28, and 30 runs respectively; though, the 128-run target turned out to be an easy one to reach for Pakistan in the end.

Like Bangladesh, Pakistan also lost both of their opening batsmen as the formidable duo of Mohammad Rizwan and Babar Azam returned to the pavilion for just 11 and 7 runs.

The middle-order batsmen Haider Ali and Shoaib Malik also got out on duck. However, later two partnerships between Fakhar Zaman and Khushdil Shah and then between Mohammad Nawaz and Shadab Khan steered Pakistan to the victory.

For Pakistan, Fakhar Zaman and Khushdil Shah scored 34 runs each while Shadab Khan and Mohammad Nawaz contributed with the bat with 21 and 18 runs respectively.

In the end, Pakistan reached the target in 19.2 overs. Hasan Ali earned the Player of the Match award for his 3/22 figures.