The first Test of three-match series between Pakistan and Australia is being held at Pindi Cricket Stadium in Rawalpindi from March 4-8, 2022.

Winning the toss on Friday morning, Pakistan opted to bat and scored 245 runs for the loss of just 1 wicket at stamps on Day 1. 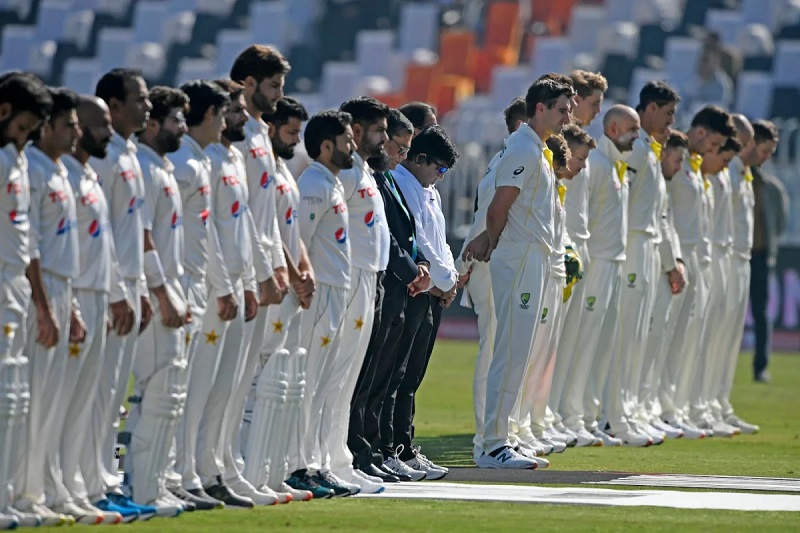 Abdullah Shafique lost his wicket to Nathan Lyon after scoring 44 runs. The following batsman Azhar Ali also displayed a decent batting performance and remained not out on 64 when umpires dislodged the bails in the evening.

The opening batsman Imam-ul-Haq smashed his maiden Test century and returned to the pavilion on unbeaten 132 runs.

Prior to the ongoing Pindi Test match, both the teams had played 66 matches before from 1956 to 2019. Of them, Australia had won 33 Test matches and Pakistan 15 whereas 18 matches had ended in draw.

With regard to the venue, it’s the third Test match between Pakistan and Australia at Pindi Cricket Stadium.

The first Test between them played at the venue back in October 1994 ended in draw while Australia clinched the victory in the second Test in October 1998 by an innings and 99 runs.