One hopes that rain stays away this time and lets the viewers witness an exciting contest between Pakistan and West Indies at Providence Stadium in Guyana on Saturday. (PTV Sports Live)

The T20 series had already been reduced to four games, and lamentably, the first T20 International at Bridgetown met almost the same fate and ended in no result following the rain interruption.

The forecast suggests that the next three T20s to be held at Providence may be affected by rain as well as showers are expected throughout the week.

The rain-interrupted first T20I had nine overs a side, and after winning the toss, Pakistan went with Sharjeel Khan, Azam Khan, and the debutant Mohammad Wasim in their playing XI. Wasim also took his first T20 International wicket when Chris Gayle was caught at long-on by Hasan Ali off his bowling.

However just after West Indies’ innings came to an end with 85 runs on board for the loss of 5 wickets, rain again arrived forcing the officials to abandon the match without a single ball being bowled in Pakistan’s innings. 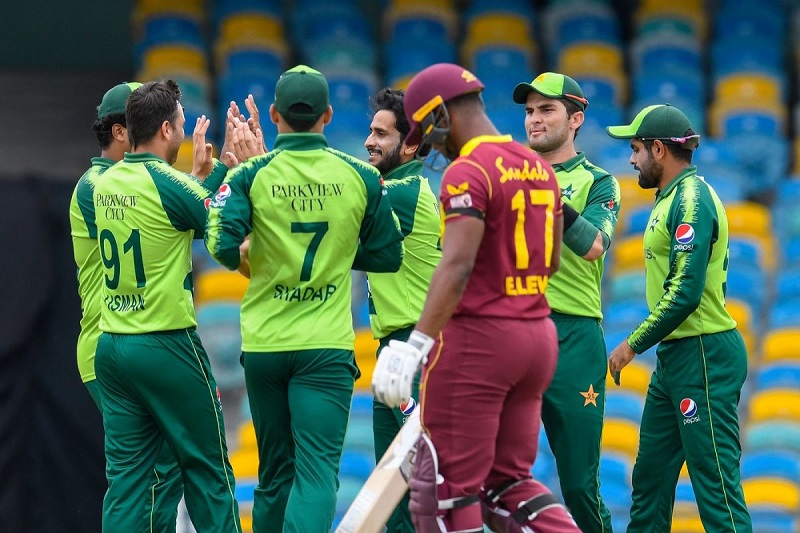 For the second T20I, both sides were likely to go with an unchanged squad but the head injury of Azam Khan during the training session ruled him out for today’s as well as tomorrow’s game.

Over the years, Pakistan have enjoyed significant dominance over West Indies in 20-over matches. Prior to the last washed-out T20I, the two sides had been face to face 14 times, and Pakistan had won 11 of them.

However, powered by hard-hitting players, West Indies in their most recent T20 series thrashed Australia by 4-1. Therefore, this time Pakistan are up against a more confident and tougher competitor.