Pakistan’s woes in England continue to haunt the cricket-loving nation as the visitors haven’t yet tasted their first victory and are even on the verge of two back-to-back series loss (PTV Sports Live).

Babar Azam-led greens shirts will play the third T20 International against England at Manchester on Tuesday, which would also culminate their two-month-long stay on foreign land.

It’s a must-win game for Pakistan as after the first T20I being abandoned for rain and wet outfield, England sealed a comfortable five-wicket victory in the second T20I.

Tune in at 10 pm (Pakistan Standard Time) for the 3rd and last T-20 International between Pakistan and England.
All the best Team Green.#ENGvsPAK@TheRealPCB@englandcricket pic.twitter.com/ctaPMptaq8

In the second T20I at Manchester on Sunday, Mohammad Amir suffered a hamstring injury; therefore, he is most likely to be replaced by Wahab Riaz for the last match.

The right-hand batsman Haider Ali may also feature in the third T20I as debutant if the veteran batsman Shoaib Malik is rested.

Shoaib Malik could score just 14 runs off 11 balls in the second T20I before he was caught at extra cover. 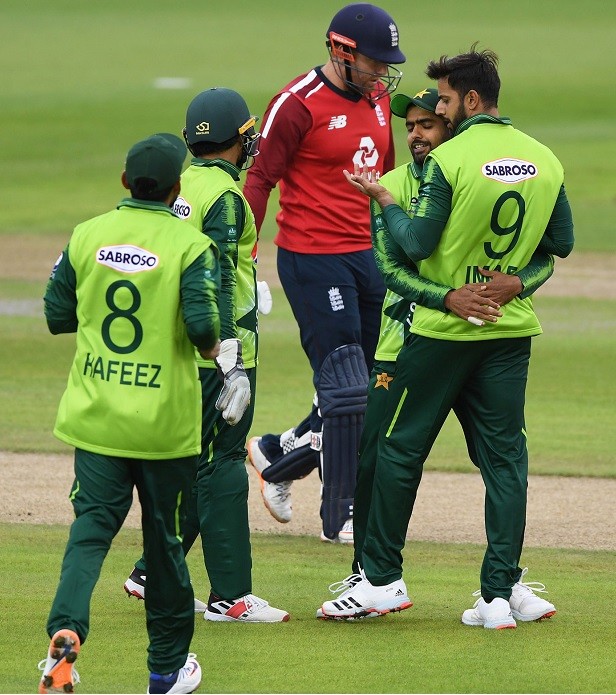 Last Sunday, while batting first Pakistan put a decent score of 195 on the board for the loss of 4 wickets.

The fourth-ranked Pakistan has recently been below the par in all formats including T20 Internationals.

In their last 15 T20Is, Pakistan won just three games and lost nine while three matches ended without any result.

Mati
Mati-Ullah is the Online Editor For DND. He is the real man to handle the team around the Country and get news from them and provide to you instantly.
Share
Facebook
Twitter
Pinterest
WhatsApp
Previous articleIndian media caught red-handed to broadcast fake news and photos of an old PLA cemetery as graves of Chinese killed in Galwan
Next articleSwat Valley hits by heavy flash floods