With a rejuvenated resolve and hope following the Test series debacle, Pakistan has flexed its muscle to face England in the upcoming three T20 Internationals.

The three-match T20I series between Pakistan and England will kick off on Friday with the inaugural encounter at Old Trafford in Manchester.

The first T20I will begin at 10:00 pm according to the Pakistan Standard Time (PST).

The two teams have so far locked horns with each other 15 times in T20Is from 2006 to date. Last time, they met at Cardiff on May 5, 2019 in which Eoin Morgan-led England thrashed Pakistan by 7 wickets. 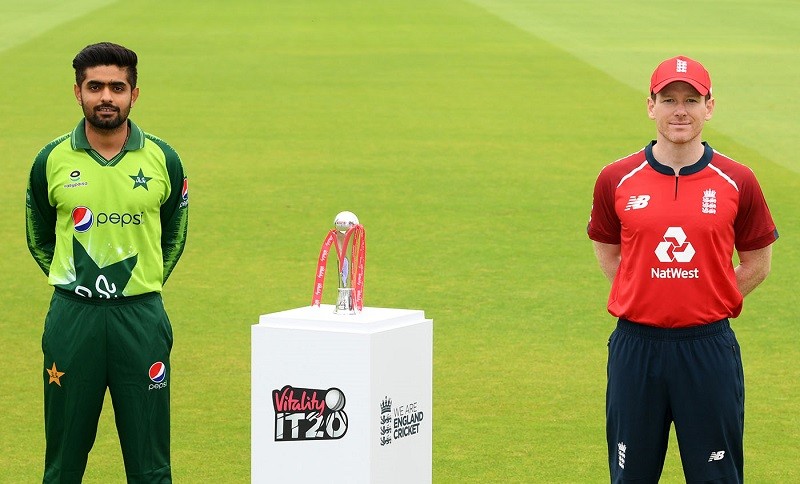 The 2nd ICC’s top-ranked England has so far succeeded to assert its dominance over fourth-ranked Pakistan as in the previous 15 T20Is, it held the record of 10-4.

However, now Pakistan would be led by a new Captain Babar Azam who is also currently the ICC’s top-ranked batsman.

The second and third match of the three-match T20I series will be held at the same venue on August 30 and September 1 respectively.

Mati
Mati-Ullah is the Online Editor For DND. He is the real man to handle the team around the Country and get news from them and provide to you instantly.
Share
Facebook
Twitter
Pinterest
WhatsApp
Previous articleSkill-based Training Courses to commence after opening of educational institutes
Next articleTourism in Pakistan: Scenic Ghanool Valley near Balakot is a best tourism destination for a one-week break