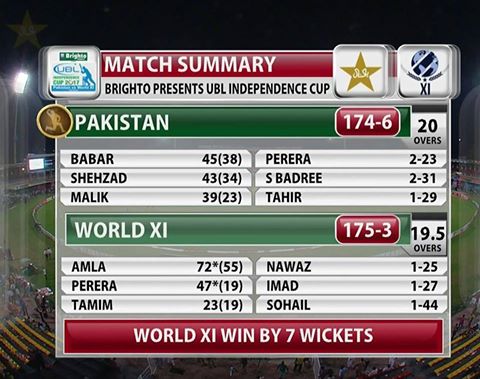 Following Story was filed prior to beginning of 2nd T20 between Pakistan and World XI at Gaddafi Stadium on September 13, 2017.

World XI will look to bounce back in three-match T20 series dubbed as Independence Cup 2017 after skillful Pakistan thrashed them by 20 runs in first game at Gaddafi Stadium in Lahore on Tuesday night.

Yesterday, scenes of Gaddafi Stadium jam-packed with 27,000 capacity were worth watching as spectators – many of them dressed in green and white – were carrying Pakistani flags and placards in their hands, and raising patriotic slogans, reflecting how much suffering this cricket starved nation had to go through for nearly a decade after International Cricket vanished in the Country. 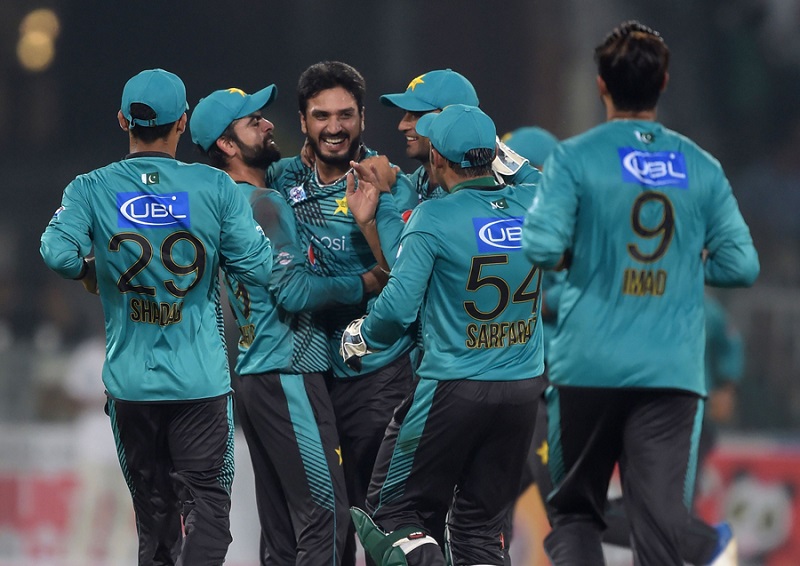 Soon after the beginning of opening match of Independence Cup, the ICC Champions Trophy 2017 final Centurion Fakhar Zaman lost his wicket for just 8 runs. But his opening partner Ahmed Shahzad along with Babar Azam established a solid platform with 122-run partnership for next batsmen to accelerate the innings.

Ahmed Shahzad fell prey to Australian Ben Cutting on 39 but it was Babar Azam whose 86 runs with 2 sixes and 10 fours gave Pakistan a massive 197 run total in the end. Babar’s wicket was taken by South African Imran Tahir.

The experienced Shoaib Malik also played a blistering knock and hit two massive sixes but eventually was bowled out by Sri Lanka’s Thisara Perera at 38.

Captain Sarfraz Ahmed scored 4 runs whereas Imad Wasim and Faheem Ashraf left the crease on 15 and 0 runs respectively after the stipulated 20 overs ended.

For World XI, Thisara Perera ended up as the most successful bowler with 2 wickets while South African Morne Morkel and Imran Tahir as well as Australia’s Ben Cutting took 1 wicket each.

While chasing, all World XI top order batsmen except South African David Miller entered the double figures with decent strike rate but it wasn’t enough for the Side as in the end, visitors remained short of 20 runs. Even West Indian Darren Sammy’s late order blitz could not turn the table, and the whole team could put 177 runs for 7 on the board after 20 overs. 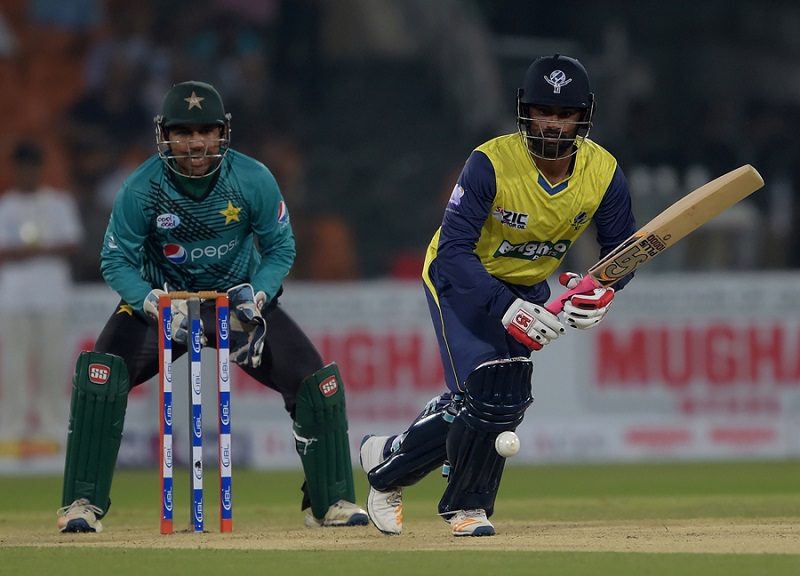 Babar Azam won the Man of the Match award for his 86 runs – which remains his Career Highest in T20 Internationals.

In Pakistan, people can watch the match live on PTV Sports and Tens Sports

Mati
Mati-Ullah is the Online Editor For DND. He is the real man to handle the team around the Country and get news from them and provide to you instantly.
Share
Facebook
Twitter
Pinterest
WhatsApp
Previous articleHEC budget for Universities raised to Rs 100 billion: Minister
Next articleMarriyum pushes for Right of Access to Information Bill, journalists’ training