The second Test match between Pakistan and West Indies is being played at Sabina Park in Kingston, Jamaica from August 20-24, 2021. (PTV Sports Live).

Pakistan will resume their first innings on Saturday (August 21) at the overnight score of 212 for 4 in the second Test match against West Indies at Kingston.

At the end of the first day’s play on Friday evening, Mohammad Rizwan and Faheem Ashraf were at the crease on unbeaten 22 and 23 runs respectively when umpires took off the bails.

Earlier at the outset, West Indies won the toss and put Pakistan into bat. Both the openers Abid Ali and Imran Butt again failed and returned to the pavilion on their individual score of 1 each. 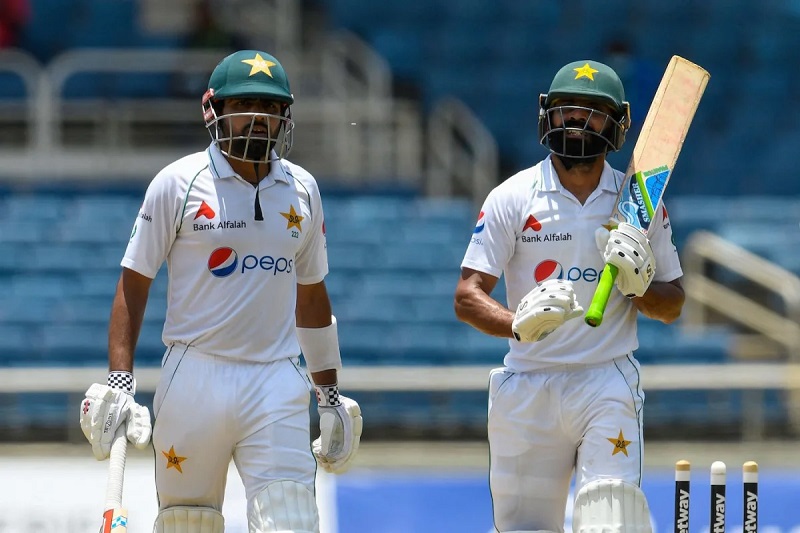 Pakistan had lost three of their top-order batsmen for just 2 runs before Captain Babar Azam and Fawad Alam took over and built a 158-run partnership, guiding the side to a much comfortable position.

Fawad Alam was on 76 when he suffered a cramp in his leg and eventually he had to leave the crease to be followed by Mohammad Rizwan.

After merely adding 8 runs to the total along with Mohammad Rizwan, Babar Azam was caught in the second slip off Kemar Roach for 75 runs.

As per reports, Fawad Alam is fine now and will return to resume his innings today.

Earlier, in the first Test played at the same venue, West Indies clinched a 1 wicket victory against Pakistan.