One hopes that Pakistan don’t produce the replica of their well below the par performance witnessed on Friday night again in the Asia Cup 2022 Final against Sri Lanka.

Pakistan will play the Final of Asia Cup 2022 at Dubai International Cricket Stadium against Sri Lanka on Sunday. The match will begin at 07:00 pm as per Pakistan Standard Time (PST).

Though the Friday’s match against the same opponent was almost tantamount to the dress rehearsal of the Final. But yet Pakistan were never expected to take it casually. Except the first three overs while bowling, Pakistan didn’t look in the game at any stage and that turned out to be an easy outing for Sri Lanka.

Yet more responsibility lied on batsmen whose performance were nothing but pathetic and very disappointing.

The fans won’t hold back, neither will the teams.
Which side are you backing tomorrow? 💬👇#SLvPAK #ACC #AsiaCup2022 #GetReadyForEpic #AsiaCup pic.twitter.com/dETyUrz8id

In the batting, except Mohammad Nawaz, none of Pakistan’s batsmen looked comfortable at the crease. Though the Captain Babar Azam scored 30 runs – his highest individual score in Asia Cup 2022 – but his inning was almost run-a-ball.

Nawaz scored 26 runs off 18 balls with 2 sixes while all other batsmen wasted too many balls but couldn’t convert their innings to big ones on a batting-friendly track.

The entire Pakistan team was bowled out for just 121 runs in 19.1 overs.

Following a miserable performance with the bat, Mohammad Hasnain and Haris Rauf generated serious pace and bowled with full heart.

However, the in-form batter Pathum Nissanka built a couple of back-to-back partnerships and eventually Sri Lanka won the game by 5 wickets. He himself scored 55 runs without losing his wicket.

In the Final, Shadab Khan and Naseem Shah will return to the Pakistan side. They were rested for Friday’s match, and Hasan Ali and Usman Qadir replaced them. However, the replacements couldn’t make much impact with the ball.

It was not only Sri Lanka’s fourth consecutive win in Asia Cup 2022 but they also extended their winning streak against Pakistan to four T20I matches. 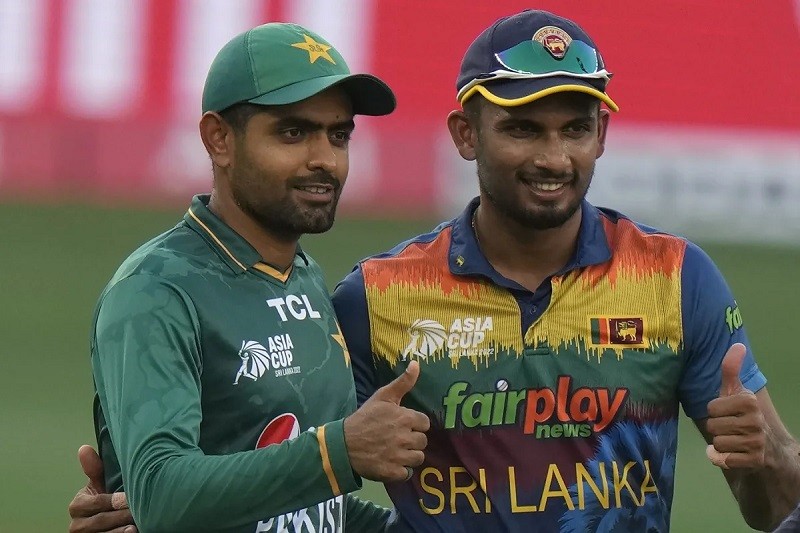 Both these teams have played three Asia Cup Finals against each other in the past. Sri Lanka beaten Pakistan in 1986 and 2014 Finals while Pakistan lifted the trophy in 2000 Final.

However, they were knocked out of Asia Cup 2022 after their dismal performance against Pakistan and Sri Lanka in Super 4 Stage.