The historic time has arrived for Pakistan cricket as following a hiatus of 18 years, New Zealand – currently the No 1 ODI side in the world – will face the green shirts for the first time on the latter’s soil. (PTV Sports Live)

Both the sides will be up against each other at the Pindi Cricket Stadium in Rawalpindi on Friday for the first of the three-match ODI series.

Pakistan would look to further extend their winning streak against New Zealand today at the Pindi Cricket Stadium as in all of their bilateral three previous encounters at the venue, the host sealed the victory. 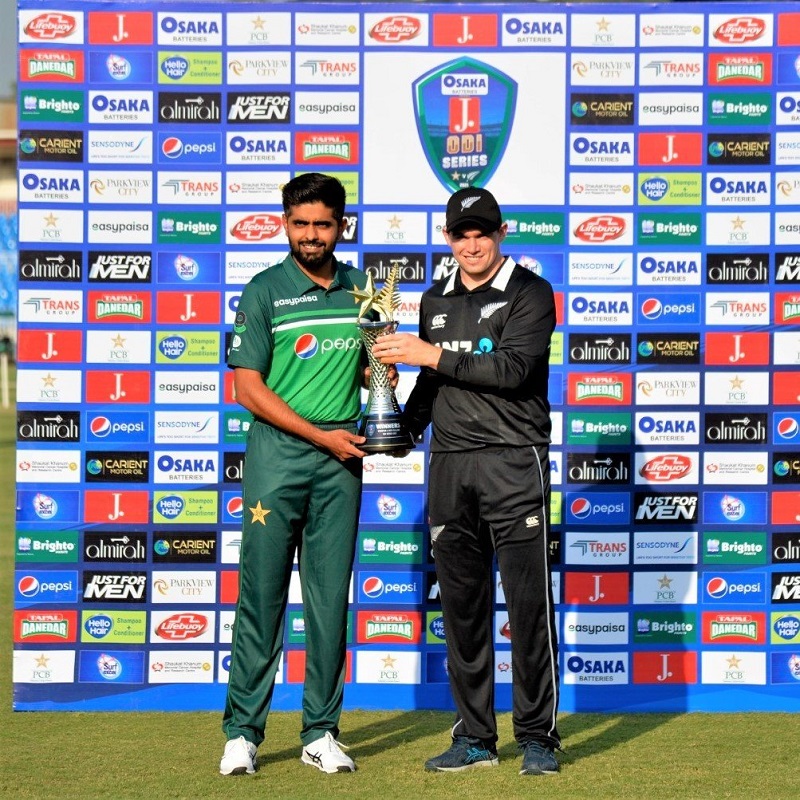 Overall, Pakistan also hold a slight edge over New Zealand as out of their 107 One Day Internationals (ODIs) held from 1973 to 2019, the former emerged victorious in 55 games which makes a 53.36 winning percentage while the latter won 48.

In the absence of their regular Captain Kane Williamson, Tom Latham will continue to lead New Zealand in series against Pakistan. Some of their other star players including Trent Boult, Martin Guptill, Jimmy Neesham, Ish Sodhi, Tim Southee, and Lockie Ferguson also missing from the Pakistan tour due to their IPL assignments.

Just ahead of the ODI series, the Pakistan Captain Babar Azam is inches away from reaching another milestone. He requires just 15 runs to become the second-fastest batsman to score 4,000 runs in One Day Internationals.

Highlights of Pakistan team’s training session at the Pindi Cricket Stadium, Rawalpindi on the eve of the first #PAKvNZ ODI.#HarHaalMainCricket #HoRahaHai pic.twitter.com/jx5hntv4WE