Battered with injuries, both Pakistan and India will wrestle again in a Super 4 game of Asia Cup 2022 at Dubai International Cricket Stadium on Sunday night.

For Pakistan, Shahnawaz Dahani has become the latest casualty after Shaheen Shah Afridi and Mohammad Wasim Jnr, causing troublesome in the bowling lineup.

Dahani featured in the earlier match against India and conceded 29 runs off his 4 overs without picking up a wicket. But later a side strain injury, he suffered in Hong Kong’s match, ruled him out of next India encounter.

India’s Ravindra Jadeja, who played an important knock of 35 runs in the opening match against Pakistan, has also been ruled out of the remaining tournament.

Additionally, Avesh Khan’s inclusion for today’s match is also doubtful as he is reportedly suffering from mild fever.

In their absence, Shahnawaz Dahani will be replaced by either Hasan Ali or Mohammad Hasnain while Axar Patel will join the playing XI to replace Ravindra Jadeja.

If Avesh Khan remains unavailable, Ravichandran Ashwin or Ravi Bishnoi might make it to the side. 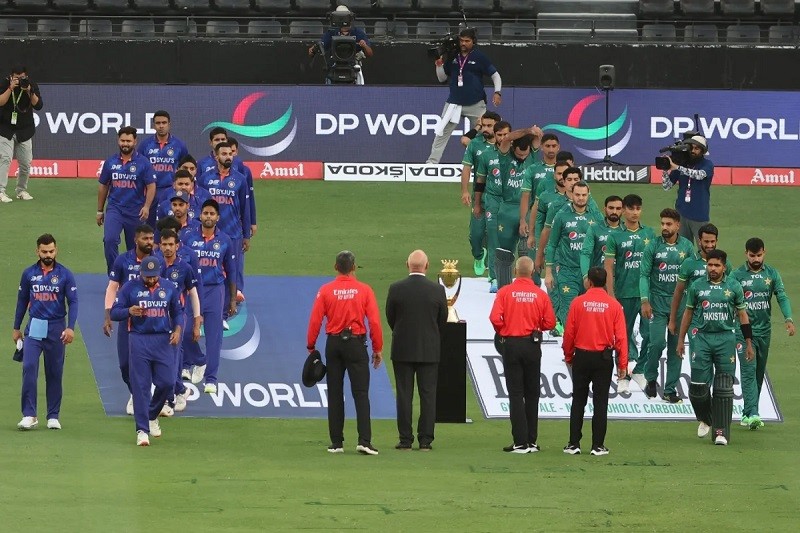 Having been unbeaten so far in Asia Cup 2022 and winning the opening game against Pakistan, India are favorites but green shirts might also turn the table this time.

Though Pakistan lost to India on August 28 but they inserted immense pressure on the latter and didn’t allow them to seal a comfortable win despite initially setting an easy target of 148 runs. While they completely decimated Hong Kong at Sharjah by securing a 155-run victory.

Will India 🇮🇳 extend their win streak against Pakistan?
Will Pakistan 🇵🇰 carry their sizzling form from Sharjah into this match?

The anticipation, the passion, the cheers, the bragging rights: IT IS ON! 🔥@BCCI @TheRealPCB #INDvPAK #GetReadyForEpic #AsiaCup2022 #Super4 #ACC pic.twitter.com/YnIpxSX5Z4

Earlier last night, Sri Lanka settled the score with Afghanistan by beating them by 4 wickets at Sharjah Cricket Stadium.

While batting first, Afghanistan posted a total of 175 for 6 in 20 overs. Rahmanullah Gurbaz remained the top scorer with 84 runs off just 45 balls.

Mati
Mati-Ullah is the Online Editor For DND. He is the real man to handle the team around the Country and get news from them and provide to you instantly.
Share
Facebook
Twitter
Pinterest
WhatsApp
Previous articleIndia back in Kabul, indicates special report of Express Tribune
Next articleEZ Wage, 1LINK sign pact to digitize payment channels & revolutionize financial wellness for masses