Will the history repeat itself at the Melbourne Cricket Ground (MCG) on Sunday? The answer lies in just a few hours of game which, if weather permits, will determine the fate of further nostalgia of 1992 World Cup.

Imran Khan-led Pakistan lifted the trophy at the same venue and against the same opponent 30 years ago. Interestingly, Pakistan’s journey in ICC Men’s T20 World Cup 2022 to a large extent coincided with that of 1992 World Cup.

In both events, Pakistan kicked off their journey at the MCG and lost their opening matches. They also lost to India in both World Cups and won last three matches of the group stage in a row.

Another astonishing fact is that Pakistan reached the Semi-Finals of both World Cups by the barest of margin and eventually defeated New Zealand to face England in the Final. 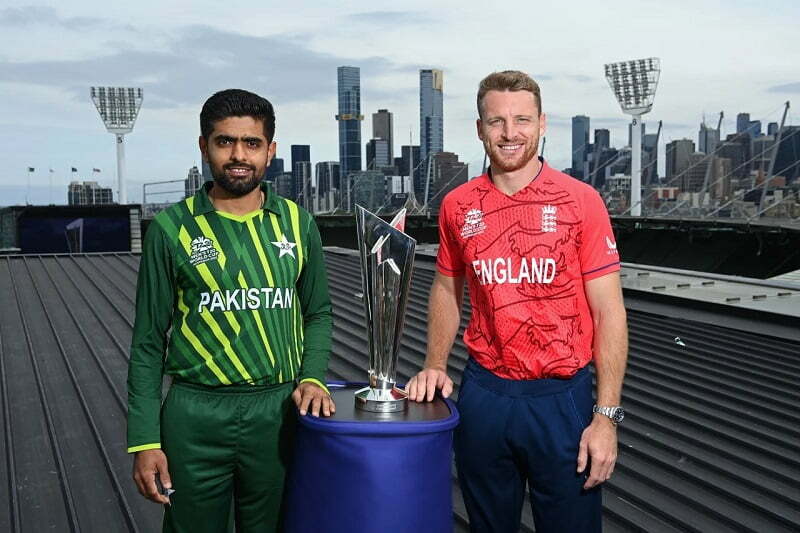 In ICC Men’s T20 World Cup 2022, both Pakistan and England didn’t have an ideal beginning as the former lost their initial two matches while the latter was bamboozled by Ireland in their second match.

But they recovered well from onwards and registered comprehensive wins in their respective Semi-Finals to meet at Melbourne on November 13.

Previously, Pakistan and England met in T20 World Cup only twice in 2009 and 2010. In 2009 ICC World Twenty20, England beaten Pakistan at The Oval by 48 runs and next year at Bridgetown, the former bagged another win by 6 wickets.