Pakistan will look to register their first-ever victory in a T20I series consisting of at least two matches against England as the two sides are poised to face each other again at Headingley in Leeds on Sunday.

Babar Azam’s men sealed a 31-run win against host England in a high-scoring game at Nottingham on July 16, leading the three-match series 1-0.

The wicket-keep batsman Jos Buttler, who was rested in the first game, will join England’s 11-member squad in today’s match in place of Moeen Ali. The return of Chris Jordan and Adil Rashid to the side is also not unlikely.

From Pakistan, Hasan Ali may feature in the second T20I following a recovery from the injury which caused his ouster from the first game. However, it’s also anticipated that Pakistan would prefer to go with an unchanged side.

So far the two teams have met 19 times in T20 Internationals and with 11 victories against 6, England enjoy a significant dominance over Pakistan. 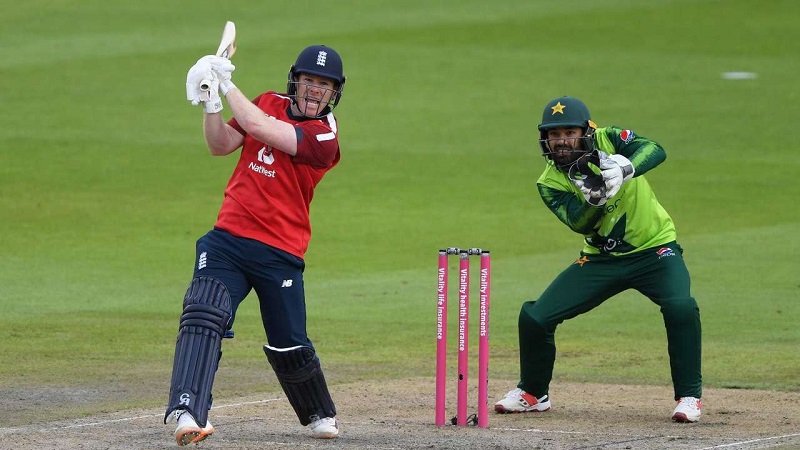 Under a sunny sky, the second T20I at Leeds may also witness a rain of runs just like everyone thoroughly enjoyed at Nottingham.

Earlier in the first T20, Pakistan put their highest ever total which eventually turned out to be enough for the bowlers to defend.

In pursuit of 233 runs to win, England were bowled out for 201 runs in 19.2 overs. Even Liam Livingstone’s blistering 103 runs innings couldn’t steer his side to the victory.

Shaheen Shah Afridi earned the Man of the Match award for picking up 3 wickets for 30 runs in his 3.2 overs.