The seven-match T20I Series between Pakistan and England will begin with the inaugural match at National Stadium Karachi on Tuesday – PTV Sports Live.

The match will start at 07:30 pm according to the Pakistan Standard Time (PST). 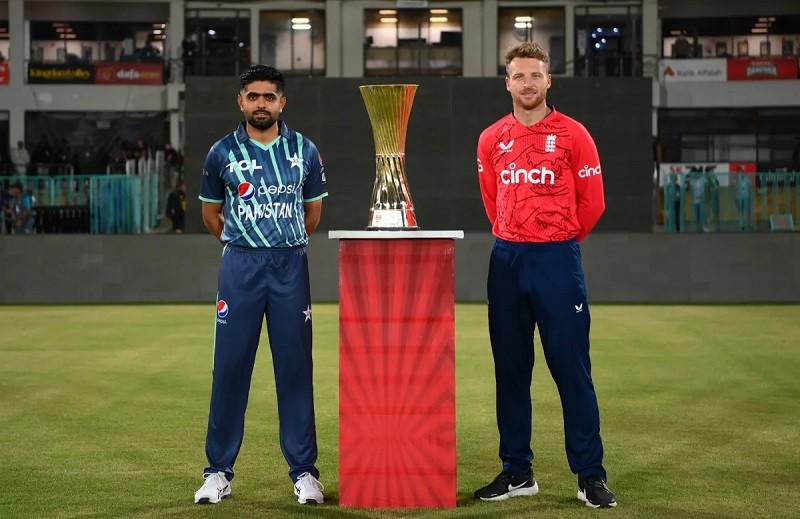 England Captain Jos Buttler is likely to miss most of the T20Is against Pakistan; therefore, Moeen Ali will lead the visitors in his absence.

The wicket-keeper batsman Mohammad Rizwan – who now regularly features in Pakistan’s squad – will also be unavailable in initial matches.

To accommodate his place, Mohammad Haris will join the squad while Shan Masood will make as debut in T20 Internationals in the absence of injured Fakhar Zaman.

England – the 2nd ranked in Men’s T20I Team Rankings – have landed in Pakistan after 17 years though nearly a dozen members of their squad have played Pakistan Super League (PSL).

Last time, England toured Pakistan in December 2005 for five-match ODI Series and lost to the Host by 2-3.

In the T20 Series, the first four matches will be held at Karachi and later both teams will move to Lahore to play rest of the matches.