Following story was posted prior to the beginning of ICC Under-19 Cricket World Cup 3rd Place Play-off between Pakistan and Afghanistan at Queenstown on January 31, 2018.

Following an embarrassing defeat against arch-rivals India in the Second Semi Final of ICC Under-19 Cricket World Cup at Christchurch, Pakistan would hope for bagging third Spot in the event by defeating Afghanistan at Queenstown Events Centre on Thursday.

Both Pakistan and Afghanistan were part of group D, and in the initial stage, the latter thrashed the former by 5 wickets at Whangarei on January 13. 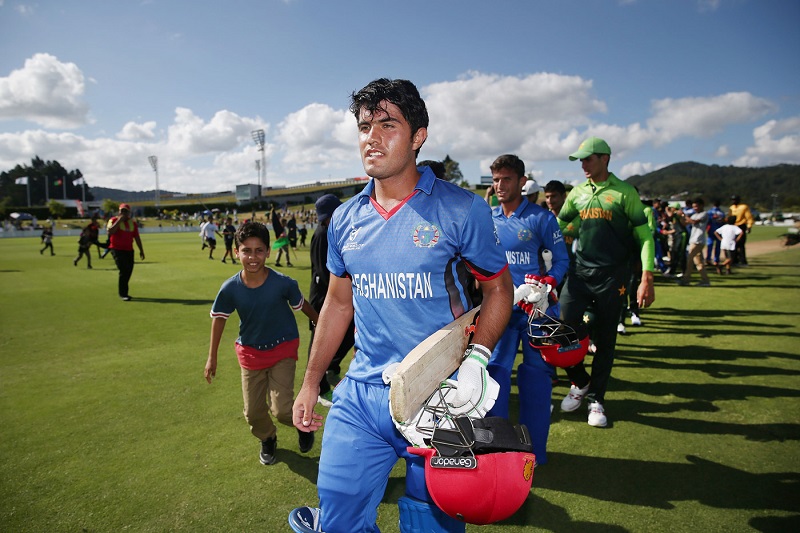 But the Australian Under-19 Cricket Team halted Afghanistan’s way of further excelling in the tournament, and defeated them by six wickets in the First Semi Final at Christchurch on January 29.

However having been lacking the full membership of International Cricket Council (ICC), young Afghans played an exceptional Cricket in the Under-19 World Cup and reached the Semi Finals Stage.

Though Pakistan also didn’t disappoint till the Semi Finals and except the first defeat against Afghanistan continued their winning momentum. But the way, Pakistan lost to India in the Semi Final was something hugely disappointing.

In the Second Semi Final, Pakistan had to score 273 runs in 50 overs to go through to the Final against Australia but Pakistan’s hopes were completed perished when Indian bowlers especially Ishan Porel knocked the opposition over.

Only Pakistan’s Riaz Nazir and Saad Khan entered into the double figure, and the whole team was bowled out for just 69 runs. The 203-run loss to India was Pakistan’s biggest ever defeat against any opposition in Under-19 ODIs.

Following the Pakistan-Afghanistan encounter, India and Australia will meet at Bay Oval in Mount Maunganui on February 3 for the Final of ICC Under-19 Cricket World Cup.

Mati
Mati-Ullah is the Online Editor For DND. He is the real man to handle the team around the Country and get news from them and provide to you instantly.
Share
Facebook
Twitter
Pinterest
WhatsApp
Previous articleWorld Cancer Day to be observed on February 4
Next articleNehal Hashmi arrested, disqualified for five years