Hopes are still alive that upcoming India vs Afghanistan encounter in Asia Cup 2018 (being broadcast on PTV Sports Live) might turn out to be another exciting game of cricket even if not a thriller, considering the games the latter has been involved in.

#Afghanistan will take on #India today in super-four stage match of Asia Cup in UAE.
PTV Sports will telecast the match live from 4:30 pm.#AsiaCup2018 pic.twitter.com/x7rGOdbbKt

Realistically it’s a dead rubber game as its result won’t affect the event next fixtures. India has already reached the final of Asia Cup 2018 while Afghanistan has been knocked out after two back to back defeats against Pakistan and Bangladesh in Super Four.

However, Afghanistan has been the only team so far in Asia Cup 2018 which has brought about some thrilling and nail-biting finishes. Otherwise, all other games were nothing but one-sided engagements and yielded no excitement for neutral viewers to observe.

In the group stage, Afghanistan upset Sri Lanka and then Bangladesh prior to entering Super Four undefeated. But as expected, Afghanistan had to face stronger competitors like Pakistan and India in the next stage. 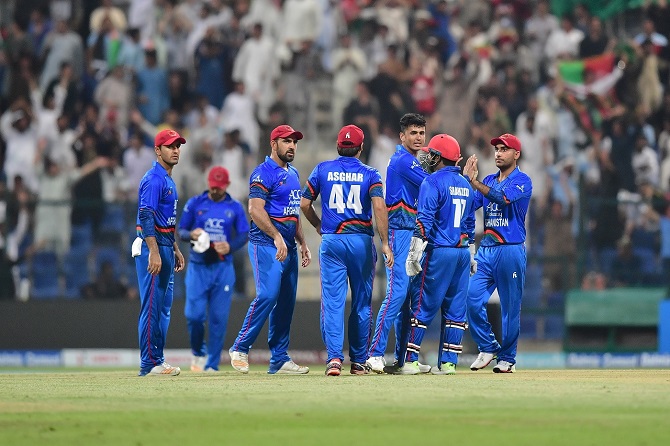 In Super Four, Afghanistan’s two matches against Pakistan and Bangladesh were absolutely breathtaking. Afghanistan, who just earned the ICC Test Status last year, was inches close to beat both the above-ranked sides but it couldn’t turn the fortune in its favor in the end. Pakistan won against Afghanistan by just three wickets and with only three balls left and Bangladesh also succeeded by just three runs.

All Asia Cup 2018 matches being broadcast on PTV Sports Live

So far Afghanistan has played only at Abu Dhabi, and the match against India would be its first One Day International (ODI) at Dubai in Asia Cup 2018.

For its next ODI, Afghanistan may make some replacements in its pace department whereas India may also think of resting Shikhar Dhawan, MS Dhoni, and Jasprit Bumrah, and bringing KL Rahul, Dinesh Karthik and Khaleel Ahmed in.

Mati
Mati-Ullah is the Online Editor For DND. He is the real man to handle the team around the Country and get news from them and provide to you instantly.
Share
Facebook
Twitter
Pinterest
WhatsApp
Previous articlePM Imran Khan chairs first-ever meeting of NACTA board of governors
Next articleJobs in Pakistan Railways