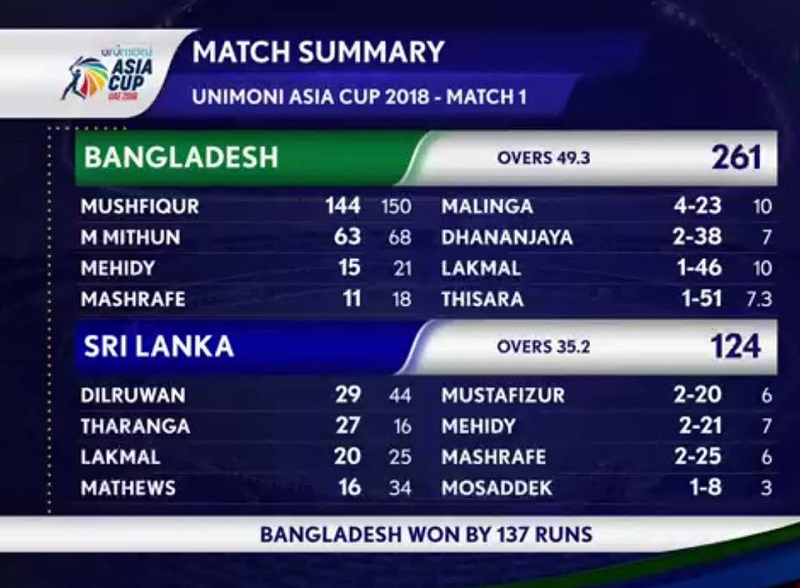 Following story was posted prior to the beginning of first match of Asia Cup 2018 between Sri Lanka and Bangladesh at Dubai on September 15, 2018.

Sri Lanka will take on Bangladesh in the opening match of the 14th Edition of the Asia Cup, beginning at the Dubai International Cricket Stadium on Saturday (September 15). The match will begin at 4:30 pm as per Pakistan Standard Time (PST), and will be telecast live by PTV Sports live.

In terms of winning percentage, Sri Lanka has been the most successful team in Asia Cup history as out of 52 matches, they won 35 with 68.62 percentage, more than by any other team in the competition. 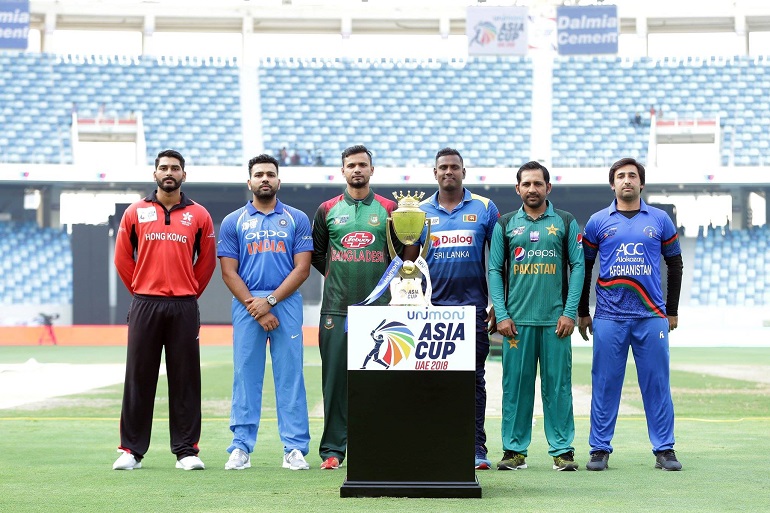 Whereas Bangladesh doesn’t carry that much leverage and having recorded just 16.66 winning percentage after playing 42 matches, resulting in 35 loses.

Considering their bilateral battles from 1986 to 2018 in all One Day Internationals (ODIs), Sri Lanka enjoys an evident dominance over Bangladesh. During the period, they played 44 ODIs against each other, and which mostly resulted in Sri Lanka’s favor with 36-6.

The six captains and the Asia Cup trophy! Who’s going to get their hands on it on 28 September? 🏆#AsiaCup2018 #ShotOfTheDay pic.twitter.com/G9Bdh2lgEh

However in recent past, Sri Lanka haven’t been that dominant over Bangladesh as in the last one and a half year, the former suffered two defeats against the latter and tasted victories in three matches.

Even in current ICC ODI Ranking, Bangladesh is at the seventh position, one rank above than the former World Champions Sri Lanka which is at eighth.

Apart from Sri Lanka and Bangladesh, Pakistan, India, Afghanistan, and Hong Kong are also in the run for the title in Asia Cup 2018.

All Asia Cup 2018 matches will be played either in Dubai or Abu Dhabi, and the final will be held on September 28. 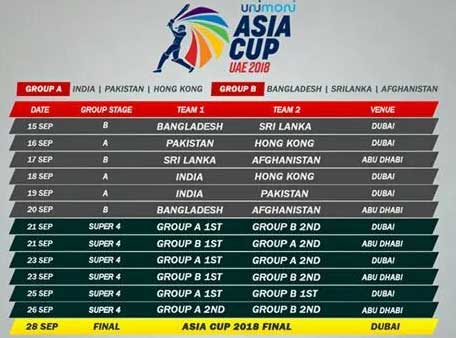 Mati
Mati-Ullah is the Online Editor For DND. He is the real man to handle the team around the Country and get news from them and provide to you instantly.
Share
Facebook
Twitter
Pinterest
WhatsApp
Previous articleQureshi stresses joint efforts to resolve Pak-Afghan issues
Next articleNoha and Marsiya voices of bleeding soul