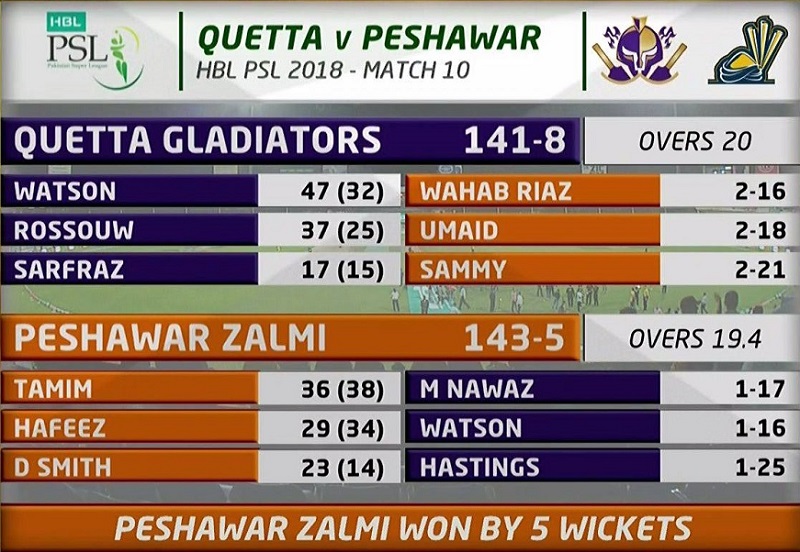 Following an easy win against Islamabad United last night which brought them above their opponents except Karachi Kings in HBL PSL 2018 Points Table, Quetta Gladiators will now face the Defending Champions Peshawar Zalmi on Thursday at Sharjah Cricket Stadium.

Having played most number of T20s against Peshawar Zalmi of all Franchises, Quetta Gladiators share an equal results as out of seven matches between them, they won three games each whereas one match ended without generating any result.

After the completion of nine T20s in Pakistan Super League (PSL) third edition, all six teams have so far played three matches each. Quetta Gladiators won two matches and grabbed 4 points while Peshawar Zalmi just clinched one victory; therefore, they just have 2 points. 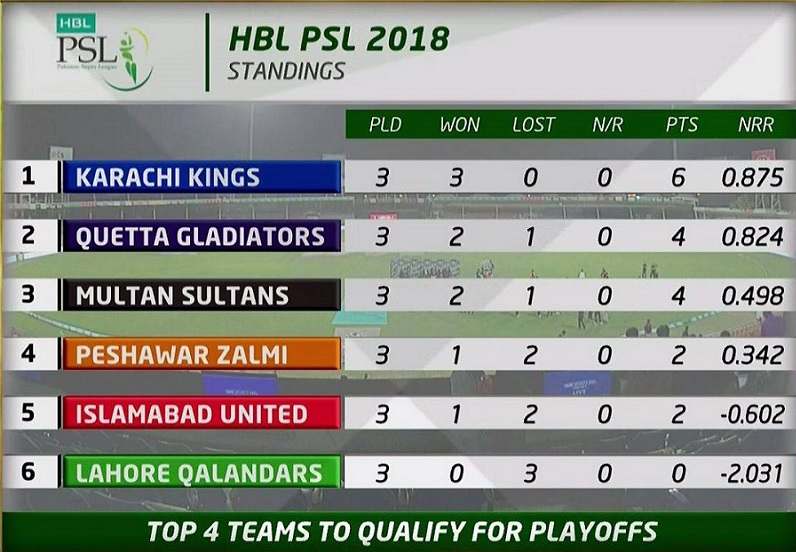 Though Quetta Gladiators have been a bit unlucky in PSL as they featured in both Finals in 2016 and 2017 but didn’t conquer the last battles; however, they possess the best winning percentage (63.63%) among all teams except Multan Sultans (winning percentage 66.66%) which were not part of first two PSL editions, and have played just three T20s in the league history.

Earlier last night, Kevin Pietersen with his quick-fire 48 runs steered Quetta Gladiators to their second win in the tournament.

In response, Quetta Gladiators reached the target in 17.1 overs with six wickets still in hand. Kevin Pietersen received Man of the Match award; he hit three 6s and four 4s in his 48.

Mati
Mati-Ullah is the Online Editor For DND. He is the real man to handle the team around the Country and get news from them and provide to you instantly.
Share
Facebook
Twitter
Pinterest
WhatsApp
Previous articleDastgir proposes institutional framework for Pak-Iraq defence collaboration
Next articlePakistan in FATF grey list: Situation will be better by June, says Info Minister