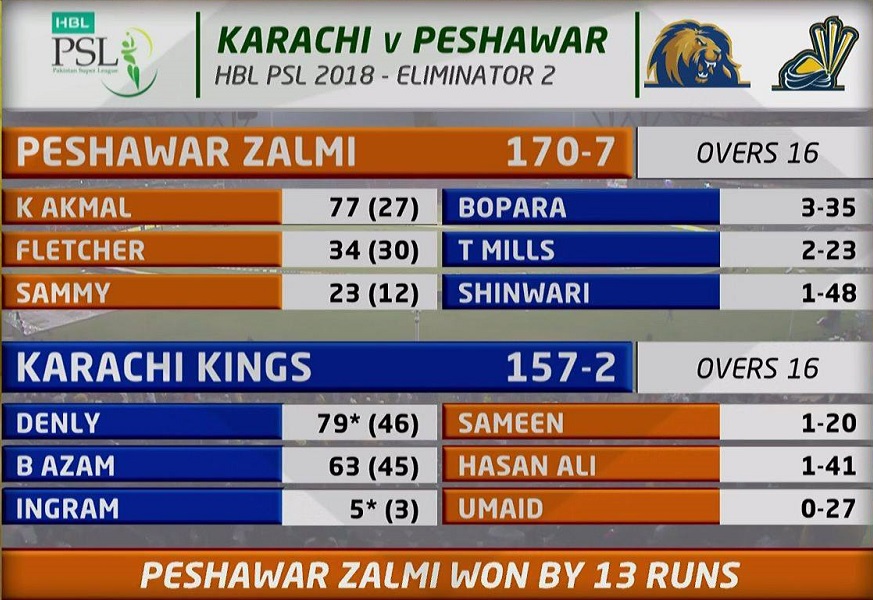 Peshawar Zalmi just survived a blitz from Anwar Ali and won the first Eliminator of PSL 2018 last night but now they have to overcome Karachi Kings tonight to reach the Final against Islamabad United on March 25 in Karachi.

What makes T20 Cricket a real thriller and heart-pounding game – was experienced on Tuesday night when Quetta Gladiators, after once having fallen to huge disappointment caused by losing back-to-back wickets which almost brought them on the verge of an embarrassing defeat, bounced back and took the game to the last ball.

Till 19th over, no one expected of Quetta Gladiators to turn the tide in their favour at the very last moment and made a spectacular comeback – courtesy Anwar Ali’s three sixes in last over off Liam Dawson. 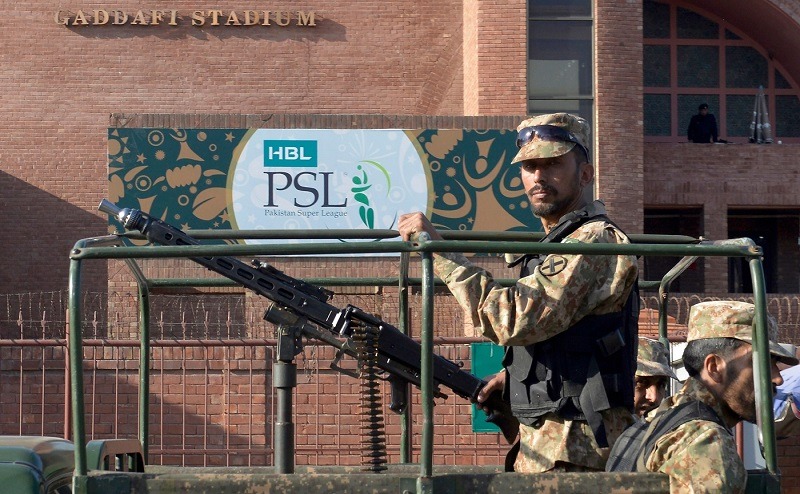 In the pursuit of 157 runs target, Quetta Gladiators had scored 133 runs for 8 in 19 overs with 25 runs yet required in last 6 balls to win the match. In the very first ball of 20th over, an edge off Anwar Ali’s bat just passed over staggering Darren Sammy and went to four. But next three sixes in four balls gave Quetta Gladiators a real hope of making it through. Though in the last ball, a Peshawar Zalmi’s fielder dropped the catch of an ill-timed shot at long on but Mir Hamza’s run out at non-striker end brushed aside all hopes of Quetta Gladiators.

The run out helped Peshawar Zalmi to win the first PSL Eliminator by just 1 run. They will face Karachi Kings in the second Eliminator at Gaddafi Stadium in Lahore today.

Quetta and Peshawar have played three games in the playoffs in PSL. All three matches have been won/lost by 1 run!!! Quetta won by one run in 2016 and 2017. Peshawar win today by one run. Intense rivalry building between the two. #PZvQG

In the second PSL 2018 Eliminator, Karachi Kings will be led by Muhammad Amir because following the injury of Imad Wasim, Shahid Afridi also suffered an injury and ruled out of PSL 2018 while Eoin Morgan declined Pakistan’s tour.

Mati
Mati-Ullah is the Online Editor For DND. He is the real man to handle the team around the Country and get news from them and provide to you instantly.
Share
Facebook
Twitter
Pinterest
WhatsApp
Previous articleCentral Asian conference in Pakistan: Central Asia, Pakistan form Future Economic Bloc: Nasser Janjua
Next articlePPP’s Charge Sheet on PML-N Economic Mismanagement