Neither in the past nor now Sharjah Cricket Stadium has ever disappointed the Cricket lowers as it produced two back-to-back nail-biting T20s on previous two nights with the last one having featured Super Over – first time in the history of HBL Pakistan Super League (PSL).

Today Multan Sultans – whose 4th match against unbeaten Karachi Kings was washed out on Friday due to rain – will meet Quetta Gladiators whereas in the second game, Peshawar Zalmi will hope to keep its dominance over embattling Lahore Qalandars.

Multan Sultans – the sixth Franchise appearing in HBL PSL 2018 for the first time – have been brilliant so far in the competition; and except a loss against Islamabad United on February 25, they have just tasted victories. But another exception is that their match against Karachi Kings was forced to be abandoned after intermittent rain continued to lash Sharjah on Friday. However Multan Sultans received 1 point along with Karachi Kings for the washed-out match. 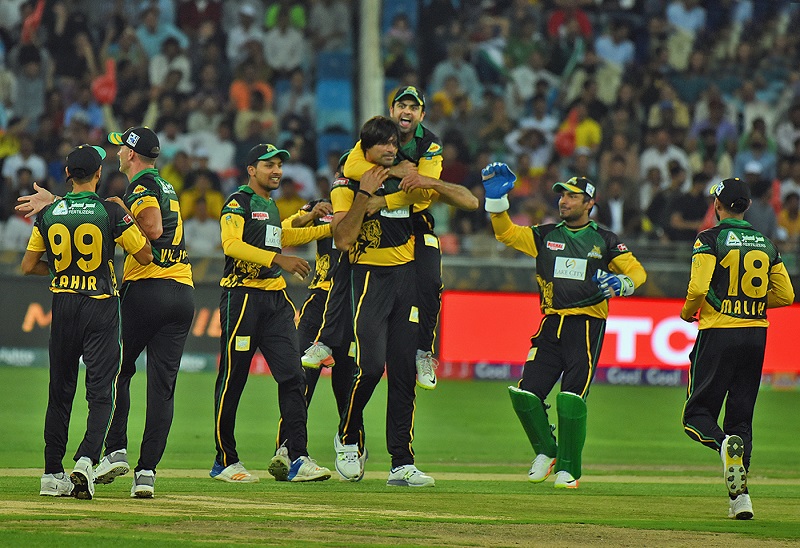 Like PSL first two editions, Quetta Gladiators haven’t been bad either in PSL 2018. After two wins in four T20s, they are placed at third positon in PSL 2018 Points Table with 4 points.

Earlier last night, Lahore Qalandars somehow managed to tie the match against Islamabad United over completion of the match in conventional way but in the Super Over, West Indian Andre Russell’s six in the very last ball off Bangladeshi Mustafizur Rahman snatched the much-awaited victory from Lahore Qalandars’ jaws.

Mati
Mati-Ullah is the Online Editor For DND. He is the real man to handle the team around the Country and get news from them and provide to you instantly.
Share
Facebook
Twitter
Pinterest
WhatsApp
Previous articlePML-N has developed political norms to serve people with honesty: PM Khaqan
Next articleSenate Elections 2018 Results: PML-N-backed Candidates win 11 seats in Punjab