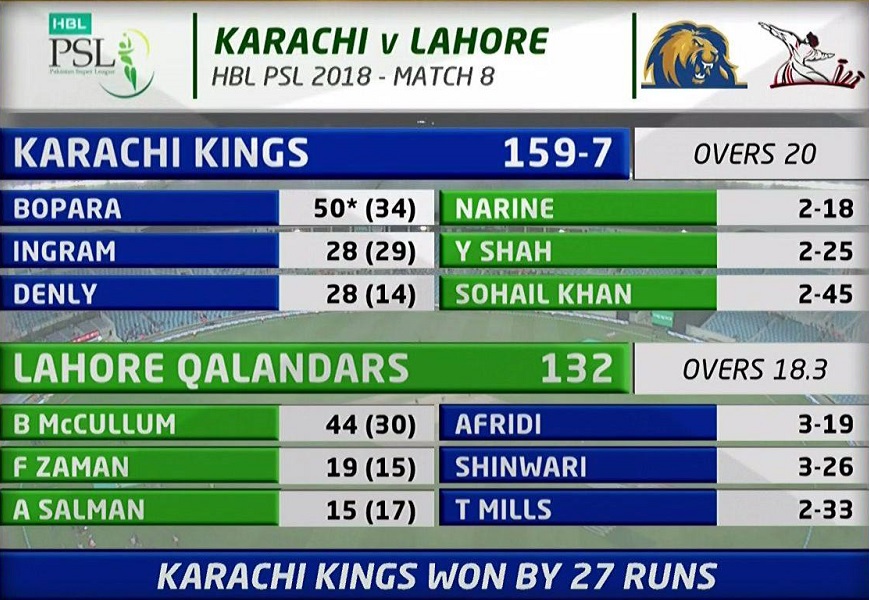 Both the Team have so far played 2 T20s each in the tournament but with 4 Points, Karachi Kings are leading the Point Table whereas Lahore Qalandars are yet to taste a victory, resulting their placement right at the bottom without any Points. 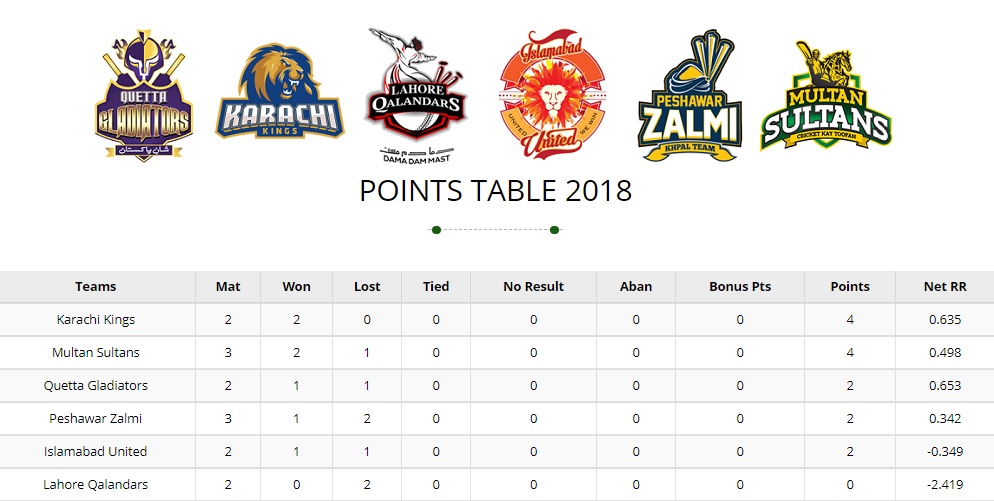 Though in last two PSL Editions, Karachi Kings as well Lahore Qalandars were not up to the mark but this year, Karachi Kings emerged stronger and beat Quetta Gladiators and Peshawar Zalmi in both of their T20s.

However in contrast, Lahore Qalandars still seem battling to make an impact. With just 27.77% winning percentage after 18 matches, they are the least successful PSL Franchise. In 2018, Lahore Qalandars have lost to Multan Sultans and Quetta Gladiators so far.

While batting first, Peshawar Zalmi put a total of 131 runs for 9 in stipulated 20 overs. In reply, Karachi Kings reached the target in 19.4 overs with 5 wickets in hands.

Despite a loss to his side, Peshawar Zalmi’s Dwayne Smith earned the Man of the Match award for his blistering 71 run-innings with five sixes.

Mati
Mati-Ullah is the Online Editor For DND. He is the real man to handle the team around the Country and get news from them and provide to you instantly.
Share
Facebook
Twitter
Pinterest
WhatsApp
Previous article
Pakistan General Elections 2018: Political parties will include of drinking water in the manifestos
Next article
2 million Ukrainians seeking jobs in Poland due to economic meltdown
Share
Facebook
Twitter
Pinterest
WhatsApp