State Run Pakistan Television Corporation (PTV)  has made a significant contribution to the Literary Art of subcontinent by launching a creative program named as “Art Cafe”. Show is being aunched at PTV Home beam which can be seen all over the world.

For the first time, PTV has taken such initiative to promote art and culture of late Middle Ages. It has been produced by Syed Masood Khalid.

This initiative is taken by Managing Director of PTV Ahmad Nawaz Sukhera who is also the Secretary of Federal Ministry of Information and Broadcasting, Government of Pakistan. The apparent idea behind this initiative is to revive the sense of achievements of our culture and art because Pakistani youth needs someone to tell them about depth and philosophy of our cultural heritage, art and music.

“Art Cafe” will be compered by Mian Ijaz Ul Hassan. He is a famous Pakistani painter, art critic, and a writer. His work has also been exhibited internationally including England, France, Italy, Germany, USA, India, Brazil as well as Japan.

Literary Art has a diverse range of human activities in artistic work, artworks of written languages, culture and aesthetic dissemination of art. 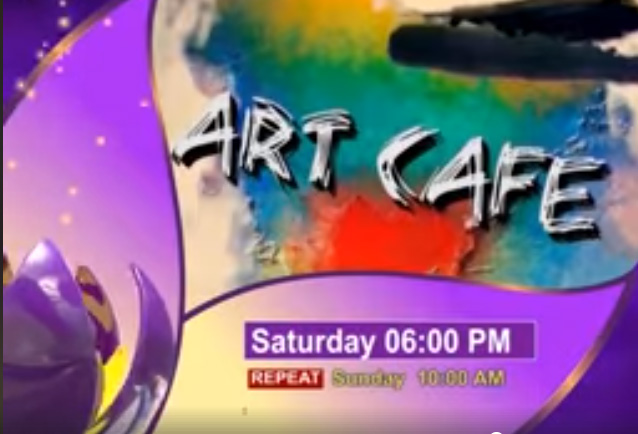 The Buddhist architecture and art treasure of Mughal period is particularly a south Asian style of painting generally confined as a book illustration. The main theme of the program is to promote and stimulate the post-structuralism to modern ages.