PTI to enlighten masses with details of its 100 days plan

ISLAMABAD, Pakistan: Pakistan Tehreek-e-Insaf (PTI) has termed its 100 days plan integral for the future of the Country, and decided to enlighten masses with the details of the plan.

In a meeting of the PTI Central Leaders held at the Chairman’s Secretariat in Islamabad with Imran Khan in the Chair, the party leaders including Shah Mehmood Qureshi, Jahangir Tareen, Asad Umer and Dr Shireen Mazari were delegated with the task to disseminate the details of the 100 days plan across the length and width of the Country.

During the meeting, the PTI Vice Chairman Shah Mehmood Qureshi briefed the leadership regarding the caretaker setup.

Shah Mehmood Qureshi said that PTI’s suggested names including Tassaduq Jilani, Dr. Ishrat Hussain and Abdul Razzaq Daud are the best choices for the prime minister slot in the caretaker government, and urged the ruling Pakistan Muslim League-Nawaz (PML-N) to consider these names. 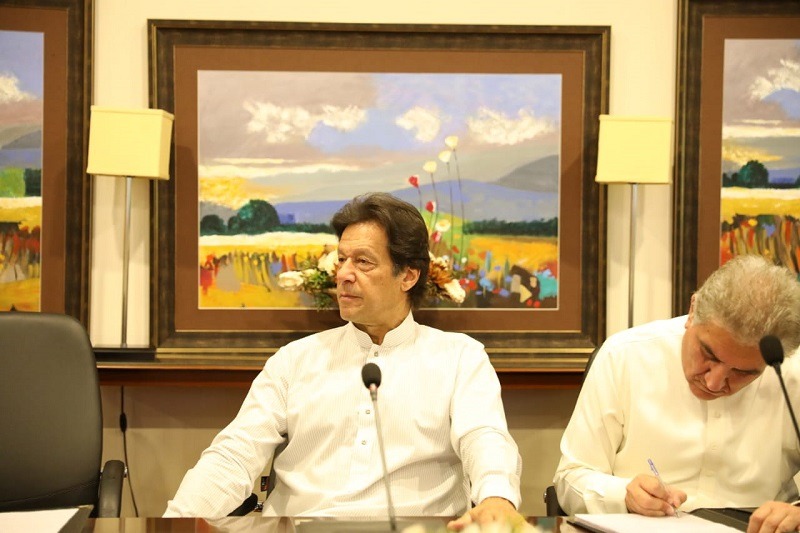 The meeting also deliberated over the strategy for upcoming general elections and issuance of tickets and selection of candidature. It was decided to convene a meeting of the Parliamentary Board immediately.

In addition, the performance of PTI government in Khyber Pakhtunkhwa was minutely analysed, and the Chairman PTI Imran Khan specifically lauded the Provincial Chief Minister Pervaiz Khattak and his Cabinet for their remarkable performance even in worst circumstances. It was noted that the policies of the Khyber Pakhtunkhwa government regarding health, education and environment are a stellar for other provinces to follow.

The meeting also assessed the delaying tactics by Sharif family to impede the process of accountability. In this regard, it was noted that there is no escape from the accountability and all Nawaz Sharif has to do is to answer the questions about the sources of Avenfield properties and from where Rs 300 billion came in the accounts of his sons’ 16 Offshore Companies.

The PTI leaders also looked in to the huge incoming of members into the party.

It was also decided that the party will issue a white paper on the worst governance of the PML-N’s Punjab government.

Mati
Mati-Ullah is the Online Editor For DND. He is the real man to handle the team around the Country and get news from them and provide to you instantly.
Share
Facebook
Twitter
Pinterest
WhatsApp
Previous articleCPEC unites Federation of Pakistan, says Senator Mushahid Hussain
Next articleImran Khan responsible for promoting slapping culture: Nawaz Sharif