ISLAMABAD, Pakistan: The Election Commission of Pakistan (ECP) on Tuesday announced its verdict pertaining to the prohibited funding of the Pakistan Tehreek-e-Insaf (PTI).

In the unanimous decision announced by the Chief Election Commissioner (CEC) Sikandar Sultan Raja, the ECP ruled that PTI was found involved in receiving funding from prohibited sources.

In the written verdict, a copy of which is available with Dawn.com, the commission noted that the party “knowingly and willfully” received funding from Wootton Cricket Limited, operated by business tycoon Arif Naqvi. The party was a “willing recipient” of prohibited money of $2,121,500, it said.

The Election Commission issued show cause notice to PTI under Article 6(3) of Political Parties Rules 2002 as to why its funds which were received from prohibited sources should not be confiscated.

“This Commission is constrained to hold that Mr Imran Khan failed to discharge his obligations as mandated under the Pakistani Statutes. The Chairman PTI has or successive five years (2008-2009 to 2012-2013) under review and examination has submitted Form-1 and signed a Certificate which is not consistent with [the] accounting information before us which has been gathered and complied on the basis of information obtained from Banks through [the] State Bank of Pakistan,” said the judgement by the ECP.

“Mr Imran Khan for the five years under review has filed submissions which were grossly inaccurate and wrong. Even during the course of Scrutiny and Hearing by this Commission, PTI continued to conceal and withhold complete and full disclosure of [the] source of its funds.”

The Election Commission declared that PTI received funds from 34 foreign nationals, 351 foreign companies including from the United States and concealed 13 accounts from the Commission. 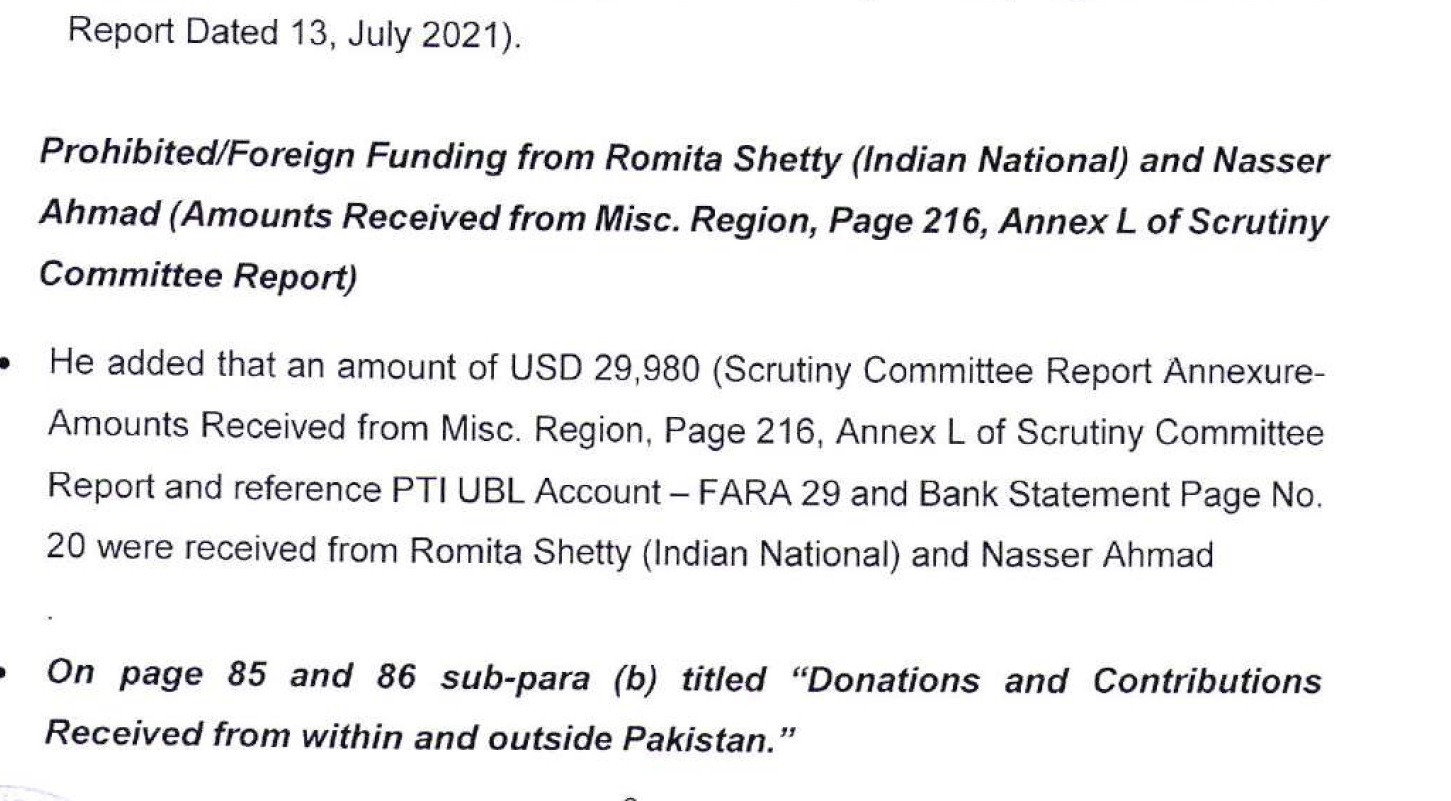 The three-member bench of the ECP comprising the CEC Sikandar Sultan Raja, Nisar Ahmed Durrani, and Shah Muhammad Jatoi had reserved the judgment on June 21, 2022.

The Case was filed by the PTI’s founding member Akbar S Babar in 2014.

Mati
Mati-Ullah is the Online Editor For DND. He is the real man to handle the team around the Country and get news from them and provide to you instantly.
Share
Facebook
Twitter
Pinterest
WhatsApp
Previous articleIstanbul Declaration is a strong bond among Azerbaijan, Turkiye, Pakistan, believes Ambassador Bilal Hayee
Next articleSchedule of Pakistan-England T20 Series 2022