Building constant pressure on our security agencies in the forms of attacks on them as well as on Chinese nationals indicates that the enemy has now launched another ambush with full force after a lull. Pakistan is facing multiple challenges and threats directly linked to its geopolitical positioning, proximity with Afghanistan, relations with archrival India, and Sino-Pak time-tested relationship.

Unfortunate to say that campaign launched by cabinet members of former Prime Minister Imran Khan against the judiciary and military is serving the cause of enemies.

Our enemies are trying to destabilize Pakistan through all possible means and working for expanding our faultlines and pitching our youth against our state institutions. Unfortunate to say that campaign launched by cabinet members of former Prime Minister Imran Khan against the judiciary and military is serving the cause of enemies.

Indian-funded Baluchistan Liberation Army (BLA) and Tehrik e Taliban Pakistan (TTP) indoctrinate our youth that Pakistan Army thinks only about its interests and Pakistan’s judiciary does not give justice. Now both narratives are being promoted by PTI leaders, giving a moral justification to BLA and TTP handlers that their narrative against the state institutions of Pakistan is not unfounded and now PTI is confirming what they (our enemies) have been telling our youth.

We know that injecting violence within countries is a known tactic of enemies through launching hybrid Warfare to achieve the goal of destroying the enemy. The Chief of the Pakistan Army COAS Gen Qamar Bajwa has been indicating this point for a long and has been trying to fight against the hybrid war that Pakistan is facing. Unfortunately to say, today he has himself become the main target of nefarious propaganda, and unfortunate to say that PTI followers are forerunners to create doubts against him. Our electronic media is playing a pivotal role to spread doubts about state institutions and pessimism among youth that comprises over 47% of the total population. Social media has become a lethal weapon in the hand of our enemies that is a prime platform to fan hatred against state institutions and for dividing the nation into groups. Now Pakistan looks divided into two main groups—– one group considers Imran Khan a man who is the only honest man left in Pakistan while another group wants to raise questions about the credibility of his rightfulness. If you question any action of Imran Khan, you are tagged as a liar, dishonest, working on foreign agenda, and corrupt. Almost every country possesses immeasurable and at times dramatic social, economic, and political fault lines but this new kind of faultline that has appeared in Pakistan has divided the nation exceptionally.

Pakistani Youth is very promising and still fighting to survive under a dysfunctional social system and stand to fight for Pakistan. However, the only narrative that can compel the youth of any country to protect its motherland is diminishing in Pakistan and that is “Respect for State institutions”.

In the last decade, heroism was promoted in Pakistan in which former Prime Minister Imran Khan was placed as the cleanest, honest, upright, and unusual leader and he has virtually been placed over the state and state institutions. Wherever he says is right and even state institutions are liars but he cannot– is the ultimate result of indorsing heroism in Pakistan. Heroism teaches followers must accept whatever comes from the mouth of their hero and their hero cannot be wrong because he is a hero. There is a thin line between Heroism and Cultism and if Heroism is overpromised and over-projected then Cultism replaces it soon. 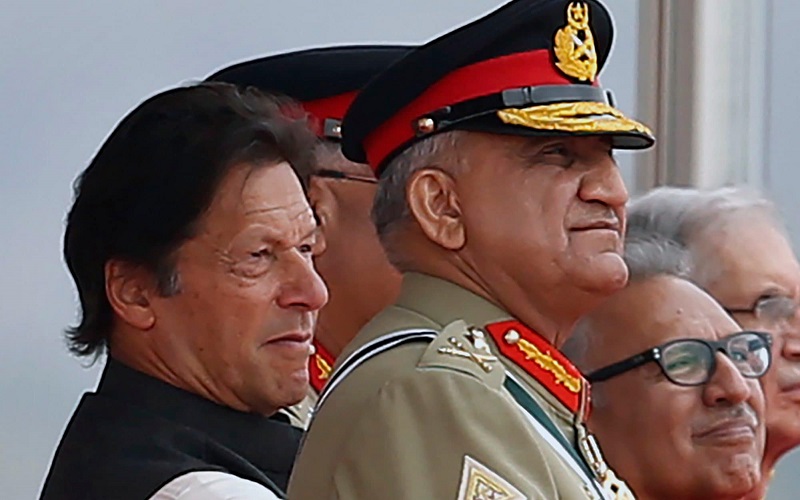 Imran Khan during the last decade promoted the idea that Pakistan is (was) becoming a state where its population is facing the crisis of “Citizenship” as society is strongly divided into the privileged class and the common man. He promotes the poor and powerless feel that they are no more “Citizens” of Pakistan. He is right to say that there are two parallel social justice systems in Pakistan—one works for the privileged class and the other deals with the common man. Social scientists believe that social inadequacy operates as a booster to disintegrate any society which is a victim of manipulation of its faultlines by its enemies rather social inadequacy is itself a dreadful faultline. Khan took a stance that social inadequacy was the result of corruption brought by corrupt politicians, a useless Parliament, and a trashed Constitution.

Luckily, he got the power after the 2018 general elections and ruled the country for 42 months and his government failed to fix anything out of the list he had been promising people to fix. Now he says that he was powerless and power was with someone else calling them “others”. Who they are these “others”, he did not tell us. In the last four years, poverty has increased in Pakistan so has the inadequacy among social groups. The Pakistan Human Development Reports (NHDR) 2020 indicates there are two Pakistan—one for poor and another for rich and there is disparity among provinces and KPK and Baluchistan need attention for getting a multitude of opportunities to pursue quality education, secure responsive health care, and live off generational wealth. These two are also breeding grounds for terrorism for ages.

According to my understanding, India works to harm Pakistan by expanding the following faultlines:

Social as well as conventional media are creating doubts and confusion about the Civil-Military relationship and PTI-friendly media is categorically rejecting and contesting whatever information comes from spokesmen of state institutions. PTI leadership, social media groups, and PTI-friendly anchors are considering no harm to reject or contest whatever Pakistan Foreign Office or Public Relations (ISPR) of Pakistan armed force are saying if ISPR or Foreign Office statements are not in accordance with a stated position of their hero Imran Khan.

Non-state and quasi-state actors were morally supported in past and radical religious groups have been portrayed that they are defenders of Pakistan. Now PTI followers are also portraying Imran Khan as the only defender of Pakistan while all other institutions are redundant and do not represent a sovereign Pakistan. Their viewpoint is that the sovereignty of Pakistan lies with Imran Khan while Judiciary, Pakistan Army, and Parliament have already compromised over the sovereignty of the country by voting out Imran Khan from his government under the instructions of the United States. This narrative is unexceptionally damaging for Pakistan because PTI while mistrusting all state institutions is teaching its followers who are mostly youth that State has been bowed down to foreign pressure and the only person who can rescue the nation is Imran Khan. Imran Khan may be a good person, an honest leader, and a clean man but it does not mean that he is the “Only honest” and clean man in the country while all institutions have compromised with foreign powers who according to PTI leadership, hatched a conspiracy against Pakistan.

Can we run the country with his state of mind?