Monitoring Desk: “I played my role and tried my best that PTI must not collide with the Pakistan Army because only enemies of the country will take advantage of this”.

PTI has terminated basic membership of Khurram Hameed Rokhri after he appeared in a private television show and narrated the story of how did PTI try to bridge differences with the military through back-channel diplomacy after party Chairman and former Prime Minister Imran Khan raised a serious allegation of planning his murder by a senior army officer.

It is pertinent to mention that PTI some days ago terminated the basic membership of the part of former federal minister Faisal Vawda who also expressed his difference with Imran Khan by holding a press conference at the National Press Club Islamabad. Both members had not been given “show Cause notice and their direct termination letters were released in contradiction with Party rules.

Khurram Hameed Rokhri while responding to questions from Jawad Faizi said that real founding members and workers of PTI have been thrown out of the party and a bunch of sycophants is now running the party Imran Khan humiliated everybody who is sincere to him.

Maj (retd) Khurram Hameed Rokhri said that he came to know what is (was) fascism now after what he had faced after taking an honest position within PTI and after that what PTI had launched an abusive campaign against him. He was of the view that PTI had ruined the social fabric of the country and PTI taught intolerance and hero worship and there was no space for difference of opinion and no place for people who can differ from Imran Khan.

He was of the opinion that Pakistan had a strong political government as it had a strong army that is fighting day and night to protect the country in a very sensitive geographical location.

He stated that there were problems within the military but it does not mean that we should make our army weaker. 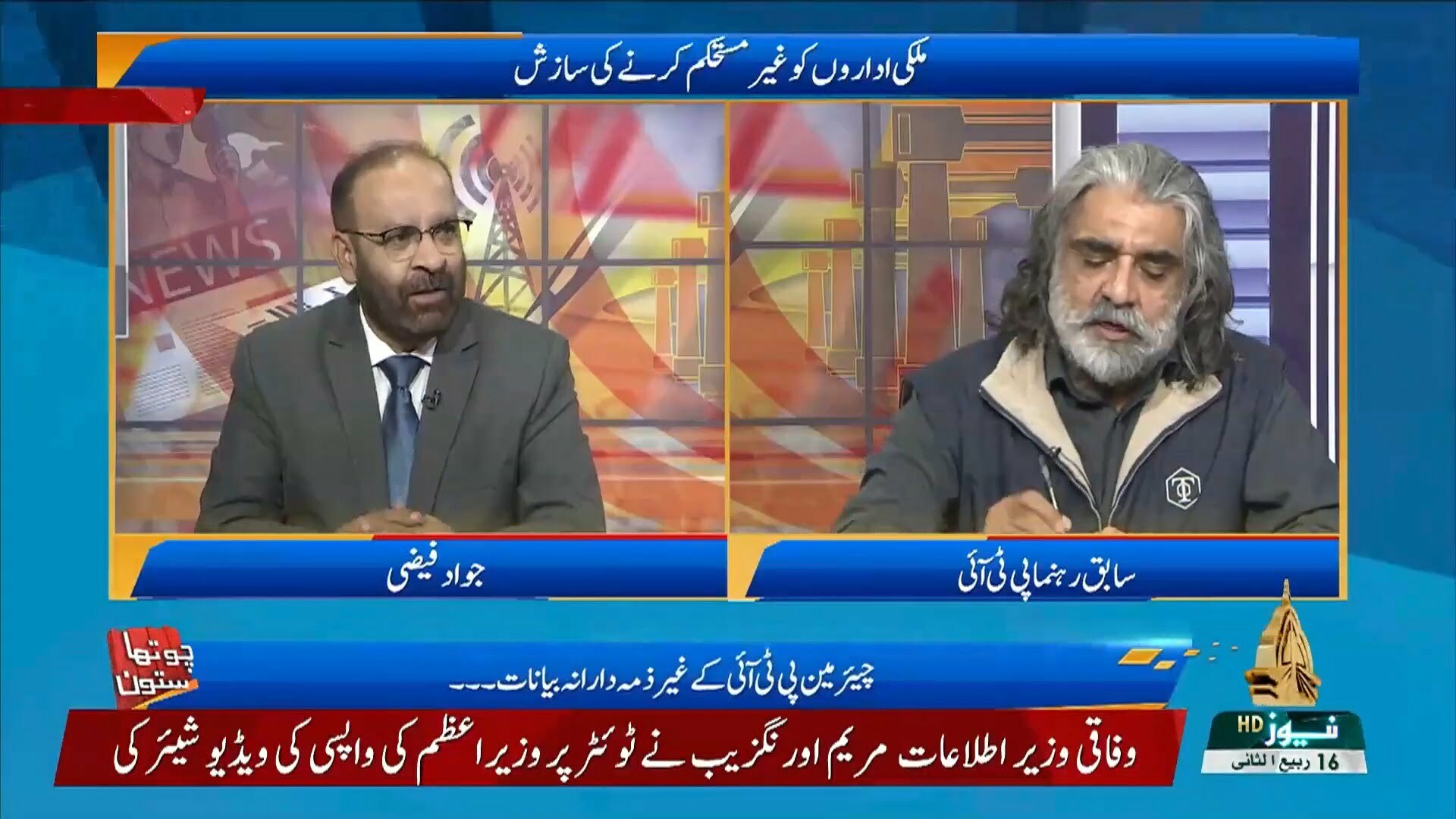 “I am an anti- Martial Law man though I served in Army. I always talk against Martial Law regimes but it does not mean we should not have an army or should conspire against our own army that protects us from enemies at the cost of their lives. PTI has a policy of creating enmity with everybody who is not part of it. Instead of following the normal approach of difference of opinion, PTI believes in having enmity with opponents and now they are using the same techniques against national institutions. PTI has a habit of disowning friends whenever they differ from his orders or even opinion. We have made our youth “zombies”. PTI has designed to abuse people by making trends in social media against them within minutes they differ from former Prime Minister Imran Khan. They made everybody Ghadaar (traitors) instantly when you differ from Imran Khan. Decent people have become scared of the slur brigade of PTI so sane and decent strata of society is keeping quiet”, commented Khurram Hameed Rokhri.

He said that he spoke the truth about the general officer on a TV channel, but the abusive brigade started targeting him. He added that Faisal Vawda was also sincerely trying to defuse the situation, but the “abusive brigade” went after him.

It is pertinent to mention that PTI leader Khurram Hameed Rokhri exposed party chief Imran Khan’s allegation against a senior army officer, saying he was a man of principles. Speaking during the Geo News talk show Capital Talk, anchored by Hamid Mir, Rokhari said at a meeting at Bani Gala, it was said the general officer was tasked with crushing Imran Khan’s narrative and the PTI. However, Rokhri said that he interjected in the meeting and told the PTI leadership that the officer was a thorough professional and a man of principles who would not sell his conscience and honor to please anyone.