Monitoring Desk: Former Ambassador Rustam Shah Mohmand writes that the PTI government was a failure but people are following him because the world is in the face of accepting populist leadership.

In his article titled “The charisma endures, failures notwithstanding” published in Express Tribune on Thursday, he believes that issues such as the devastating effects of climate change, the looming water scarcity, pollution, unemployment, growing poverty, falling educational standards were conveniently ignored because there was no time for “mundane” problems.

He writes that cost of living soared partly because of the pandemic but also because the issue did not receive the attention it deserves. Loans worth Rs20,000 billion were received during the PTI government’s tenure — a record for a country that was already heavily in debt. Millions lost their jobs; thousands of factories closed down — thus life became difficult for millions of people living below poverty line. Important sectors, like agriculture, were ignored. Pakistan began to import edible oil, rice, wheat, etc, incurring a loss of precious foreign exchange. These issues did not seem to worry Khan’s government because time and resources had to be invested in a mad chase to reveal the hidden wealth of a few families. Also, sectors like education, industry, urban management, drinking water, population explosion were of no concern to the government. Such was the dismal collapse of educational institutions and the quality of education that in the last CSS examination, only two per cent candidates qualified the written test. Any government anywhere in the world would have been alarmed at such a dismal state of affairs. 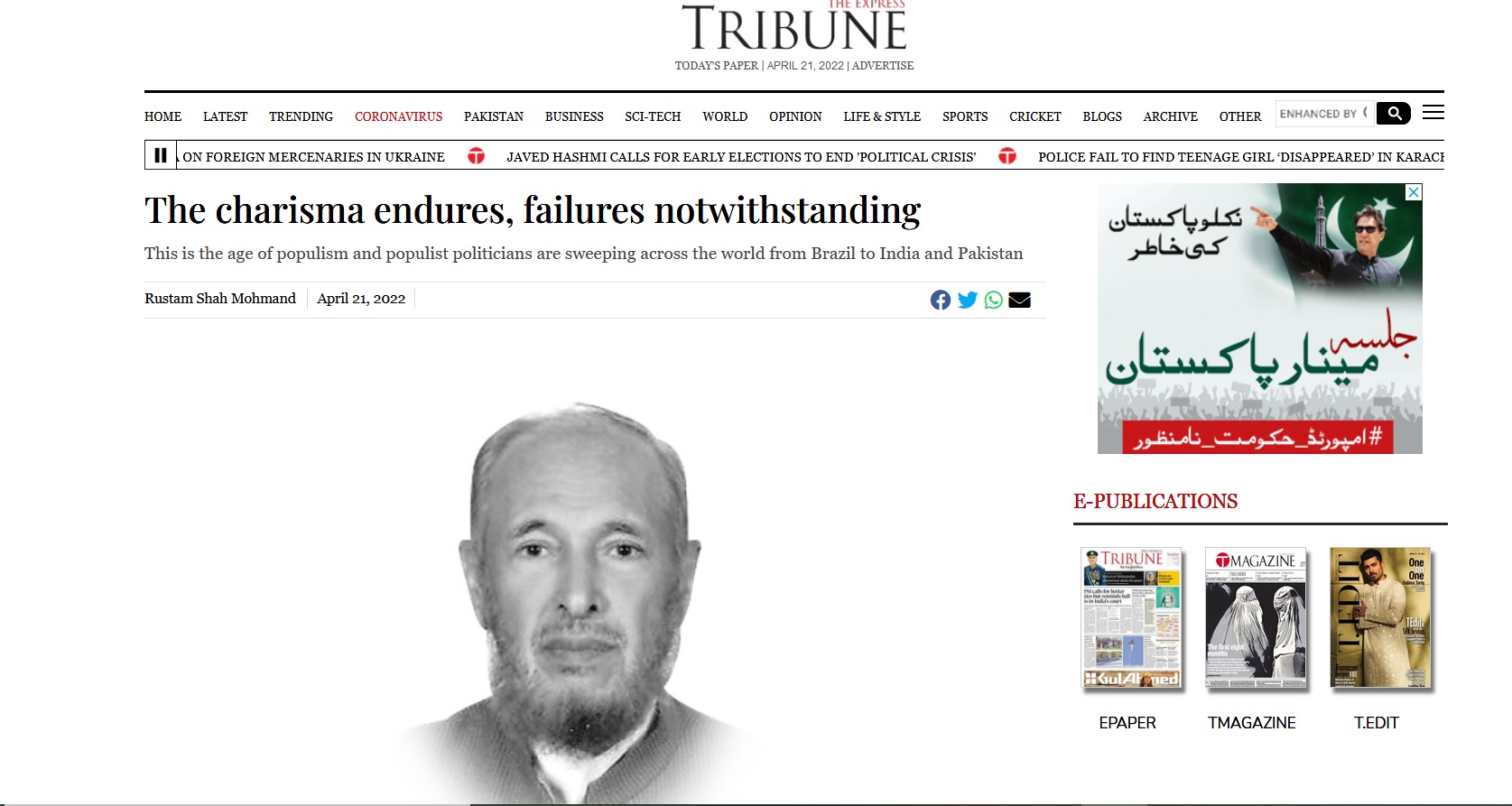 “The situation was no better on the foreign policy front. On the issue of convening the summit of the OIC heads of states, an unnecessary chasm was created in relations with Saudi Arabia. It was during the PTI’s reign that India had the courage to dismantle the identity of Kashmir and make it a union territory, thus closing doors on any breakthrough in the near future.

And last but not least was this sordid drama of a ‘foreign conspiracy’ to topple Imran Khan’s government. A routine discussion by an American official with Pakistan’s ambassador in Washington was touted as evidence of the US involvement in destabilising the PTI government. Nothing could be farther from truth. What danger did Imran Khan pose to the wider US interests in the area? None! And then didn’t the Americans know there are more than one power centres, particularly on key policy issues? And is it not a fact that Pakistan’s relevance to US goals in the area has vastly diminished after the end of the Afghan conflict?

But regardless of the litany of failures it must be clearly understood that Imran Khan’s popularity and his appeal to the masses has not been dented. His charisma continues to charm and attract vast audiences. His ability to stir emotions and incite masses has not vanished. If anything it has acquired more intensity. To his advantage there is no leader in the current ruling elite who could match Imran Khan’s rhetoric. His rivals and opponents would suffer from this disability in the coming electoral contest. If the outpouring of sympathy and love and affection for Imran Khan is any guide, it would seem he would return to power soon. Leaders of the current government would need to reflect on this and work out appropriate responses. Countering Imran Khan’s outbursts, which appeal to millions, would not be easy,” he commented.

His original article can be read to click this link