ISLAMABAD, Pakistan: Again Pakistan is battling with devastating floods which have already caused huge human and livestock casualties and damages to properties and infrastructure. Though floods are natural phenomena but one can’t overlook the governments’ negligence and incompetencies to build water reservoirs in the Country.

Water reservoirs such as dams not only generate hydroelectricity and provide irrigation but they also reduce flood hazard.

As per reports, Pakistan has a total of 150 dams and reservoirs whereas it neighbors China has built 80,000 dams and India has approximately 4,300 dams.

If in the past, new dams were built in the Country as water reservoirs, they would have saved thousands of lives and economic losses incurred by the Country.

However, in contrast to its predecessors, the previous government led by Pakistan Tehreek-e-Insaf (PTI) batted an eye to the matter and initiated the construction on 59 new dams including four feasibility studies.

Out of them, 26 projects have been completed, adding a storage capacity of 63,685 acre-feet for developing of 87,482 acres command area.

Whereas 33 dams/ feasibility studies projects/schemes are at various stages of implementation which will further add storage of 7,823,179 acre-feet for irrigation the command area of 297,408 acres.

The details of individual completed small, medium and delay action dams and ongoing projects initiated during the PTI government; 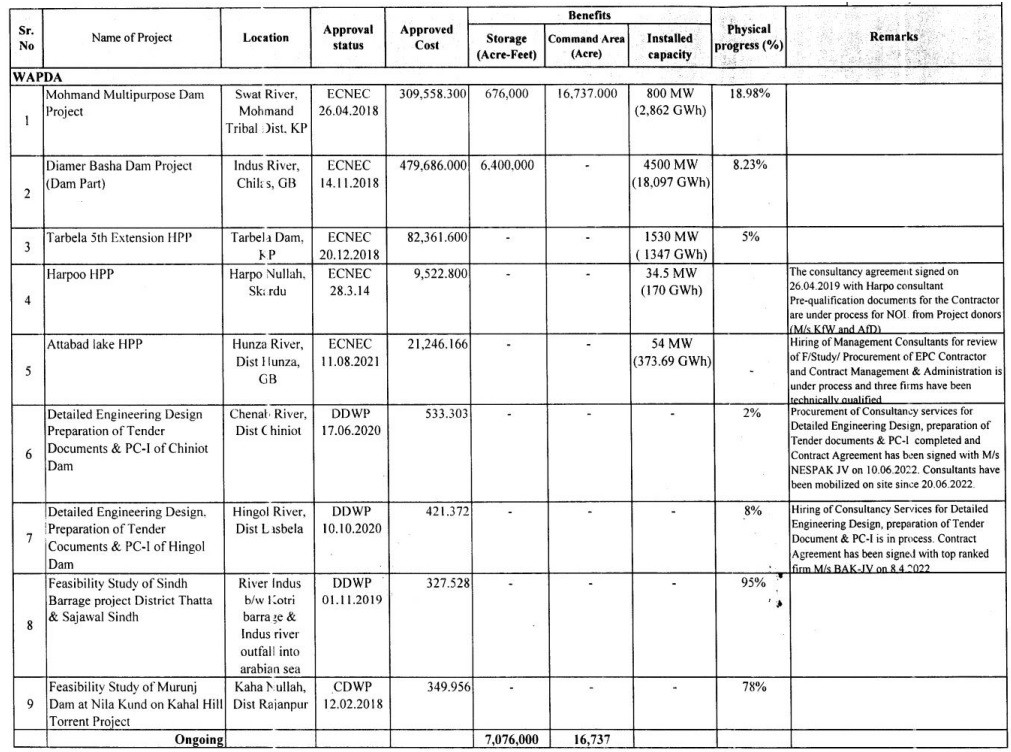 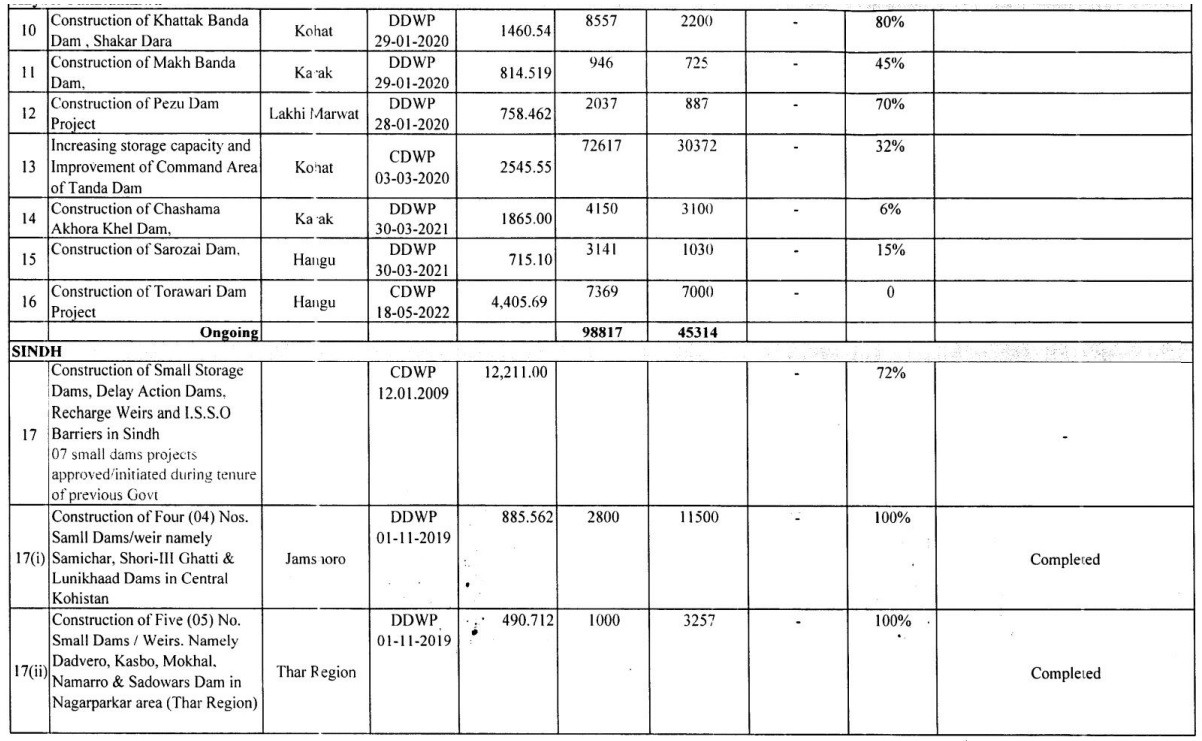 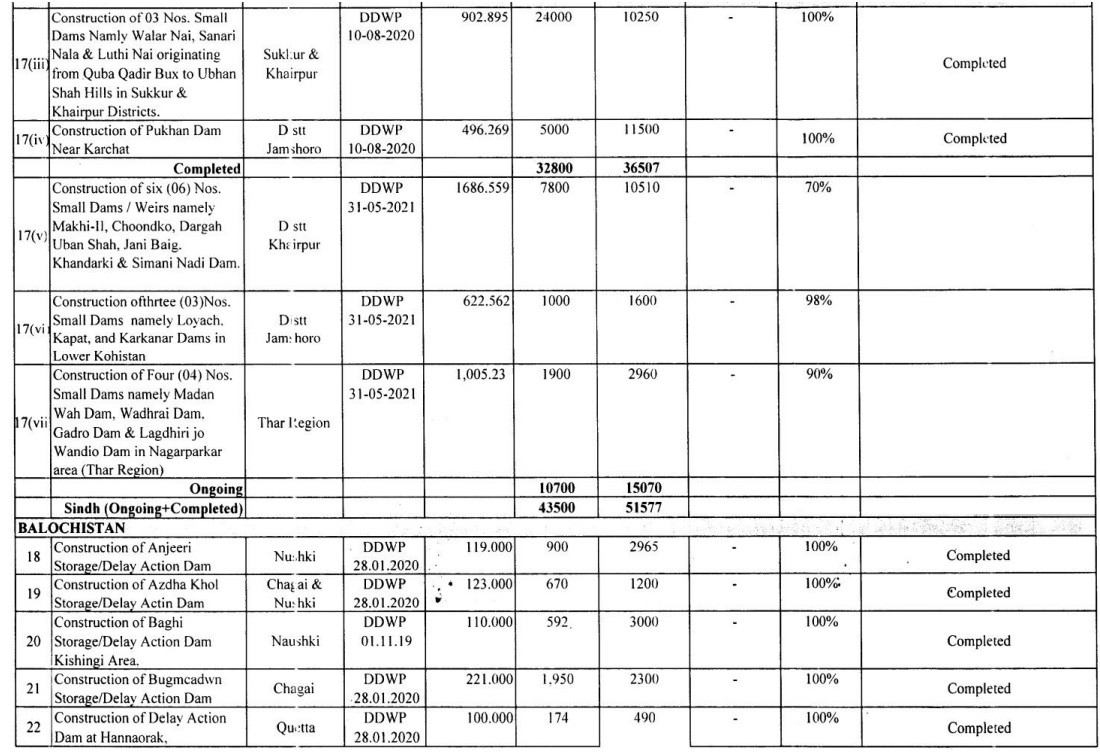 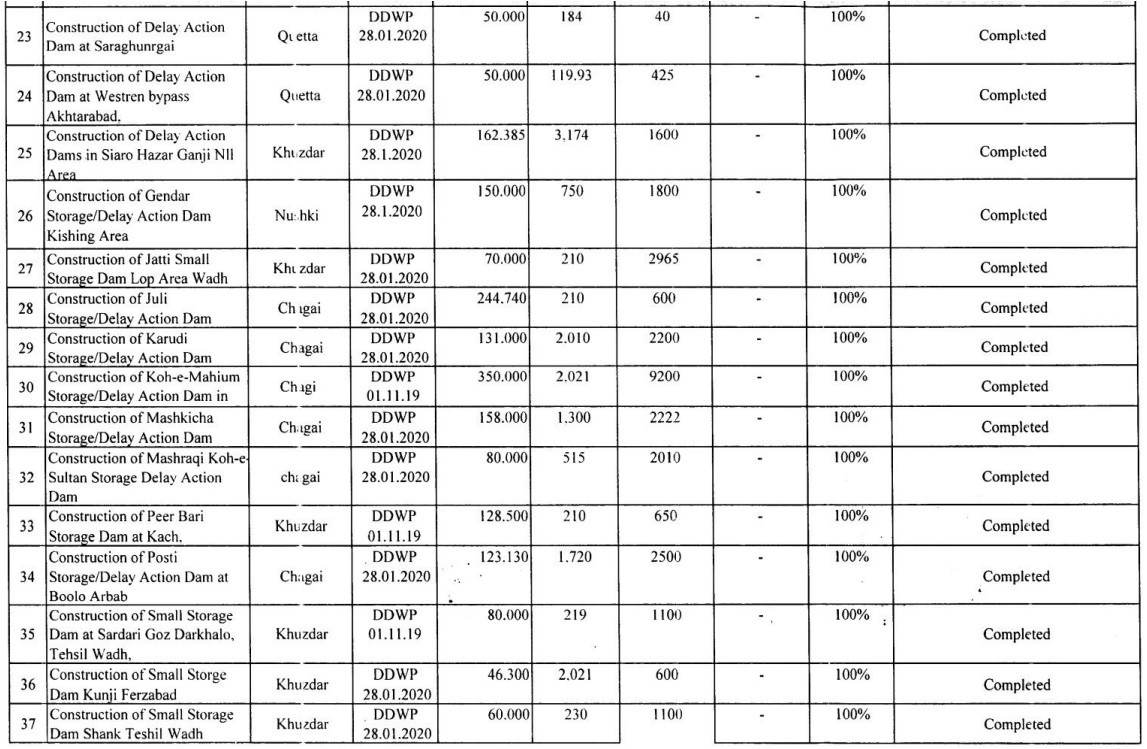 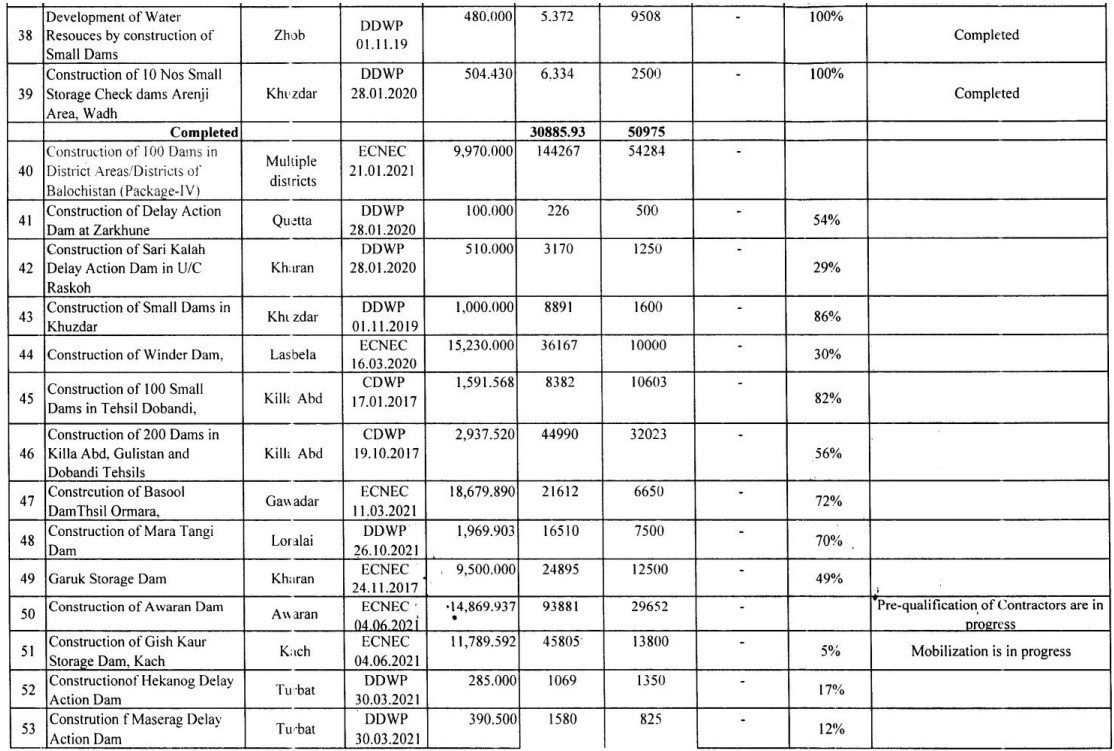 Note: The above information/data was shared by the Minister for Water Resources Syed Khursheed Ahmad Shah with the Senate on August 5, 2022.