PTI government borrowed US$ 10.37 billion loans in its first year 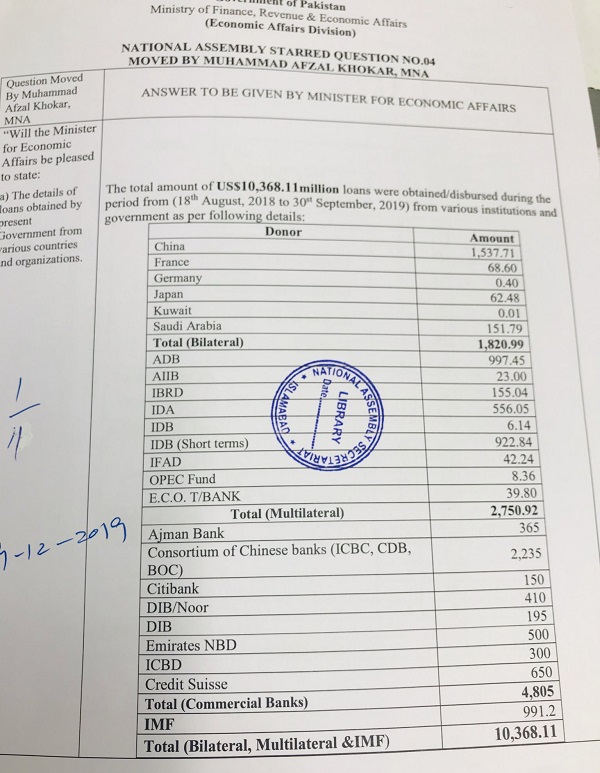 The minister further told that loans obtained from financial institutions and banks are short term, having a tenor of one to three years, and an average all-in cost of three month Libor plus 3.28 percent. He also told that deposits from friendly countries are at an interest rate of three percent.

In addition to that, the minister for economic affairs apprised the House that the Gross Public Debt increased by Rs 9.3 trillion between June 2018 and September 2019, out of which Rs 3.7 trillion (40 percent) was borrowed for meeting the budget deficit; Rs 2.6 trillion (28 percent) was due to currency depreciation; and the remaining increase of Rs 3.0 trillion (32 percent) was on account of higher cash balances.

Mati
Mati-Ullah is the Online Editor For DND. He is the real man to handle the team around the Country and get news from them and provide to you instantly.
Share
Facebook
Twitter
Pinterest
WhatsApp
Previous articleDiversity of Pakistan’s culture and tradition celebrated in France
Next articleAirlift inaugurates its services in Karachi