Elections 2018: PTI announces its Candidates from FATA for NA Seats

In this regard, an important meeting of the PTI’s Parliamentary Board for FATA was held in Islamabad on Saturday with the Chairman PTI Imran Khan in the Chair.

As per the decision made in the meeting of the PTI’s Parliamentary Board for FATA, Gul Daad Khan was awarded PTI’s ticket to contest upcoming general elections from NA-40, Gul Zafar Khan from NA-41, Sajjad Khan from NA-42, Noor ul Haq Qadri from NA-43, Syed Iqbal Mian from NA-46, Aurangzeb Khan from NA-48 and Qaiser Jamal from NA-51. 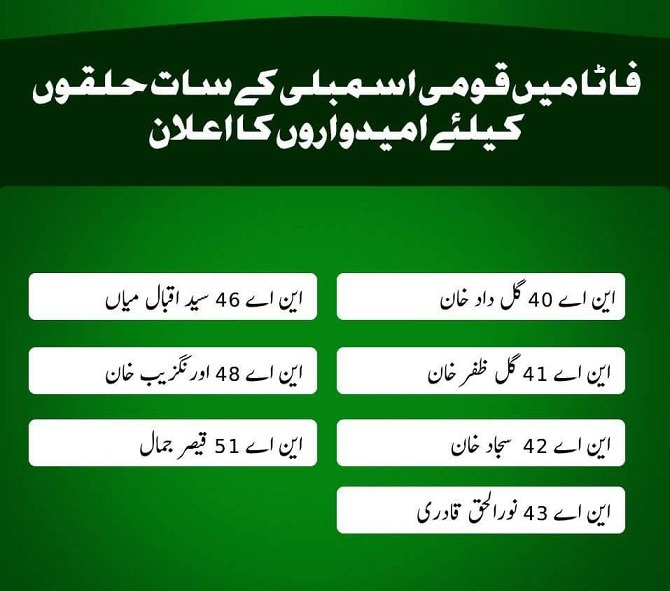 The PTI’s Election Management Cell was directed to make necessary arrangements in this regard.

Following his appointment, Babar Awan also met Imran Khan and expressed gratitude to him for reposing trust in him.