Names of PTI Candidates and their main Competitors in by-elections to be held on October 14, 2018 are as follow;

PTI Candidates and their main Competitors in by-elections

The by-elections will be held throughout the Country in 11 National Assembly and 26 Provincial Assemblies Constituencies on October 14. 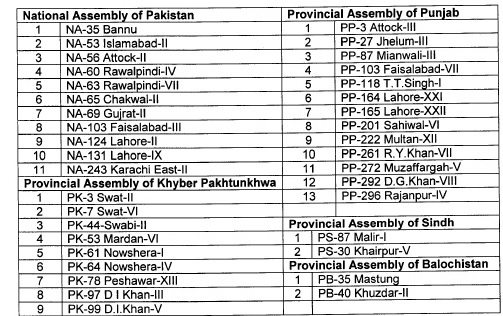 Mati
Mati-Ullah is the Online Editor For DND. He is the real man to handle the team around the Country and get news from them and provide to you instantly.
Share
Facebook
Twitter
Pinterest
WhatsApp
Previous articlePM Imran Khan reviews PTI’s preparations for October 14 by-elections
Next articleFawad Chaudhry assures non-interference in by-elections