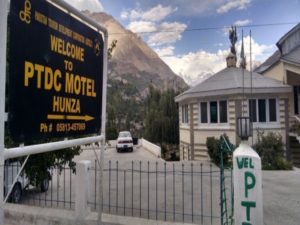 ISLAMABAD, Pakistan: Presently, the Pakistan Tourism Development Corporation (PTDC) is operating 10 Motels in different tourist spots of Gilgit Baltistan to provide hospitality to the visiting tourists at affordable rates, the National Assembly was informed on Friday.

The Minister In-Charge of the Cabinet Division told the House in a written reply to a question asked by Pakistan Muslim League-Nawaz’s (PML-N) lawmaker Syed Javed Husnain that these PTDC Motels not only cater to thousands of domestic and foreign tourists every year but also help in poverty alleviation through job creation in the sector. 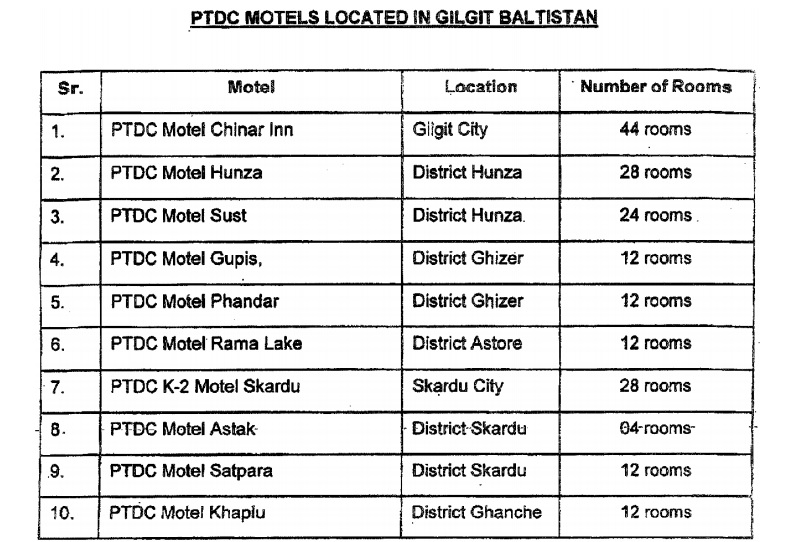 The House was further told that since the subject “Tourism” has been devolved to provinces under 18th Constitutional Amendment, the responsibility lies on provinces for promotion and development of tourism in their areas of jurisdiction.

Separately, in reply to another question by PML-N’s MNA Chaudhry Muhammad Barjees Tahir, that Minister of State for Climate Change Zartaj Gul told the House that a total of 2.48 million saplings were planted during “Plant for Pakistan Day” campaign inaugurated by Prime Minister Imran Khan on September 2, 2018.

Zartaj Gul told that the federal government provided interprovincial coordination to organize the campaign in the Country. She said that respective provinces and territories utilized their own resources to participate in the campaign.

The minister further told that the plants distributed during the campaign were planted and are being maintained by the public and institutions that participated in the campaign from their own resources.

Mati
Mati-Ullah is the Online Editor For DND. He is the real man to handle the team around the Country and get news from them and provide to you instantly.
Share
Facebook
Twitter
Pinterest
WhatsApp
Previous articleMost of PTV Channels are running in loss, Fawad Chaudhry tells NA
Next article129 Basic Education Community Schools closed in South & North Waziristan