PSF’s board members nominated in total disregard of merit 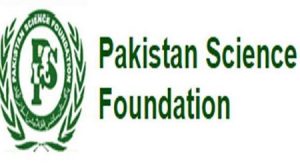 ISLAMABAD: The Ministry of Science and Technology has nominated the board members of the Pakistan Science Foundation (PSF) in sheer violation of the merit.

The Secretary Science and Technology sent a Summary to Prime Minister Imran Khan for his approval for the appointment of board members of the Pakistan Science Foundation (PSF).

They were of the view that the merit has been completely violated in the nomination of the board members as those who were on the top in the list of the Pakistan Council for Science and Technology (PCST) were ignored altogether.

The sources said that under the PSF act, it was obligatory for the board members to be eminent scientists.

However, they added that there was only one scientist included in the nine nominated board members.

The Ministry of Science and Tecnology has appointed university teachers on personal choice because the nominated board’s members have no relevant experience in science and research.