COLOMBO, Sri Lanka: A protest demonstration was organized in-front of the Indian High Commission in Colombo to highlight the Indian atrocities and human rights violations in Occupied Jammu & Kashmir.

Despite efforts by the Indian Consular Santhosh Varma who tried to block the protest by influencing the State Intelligence Service (SIS) and police authorities, a considerable number of Sri Lankans participated in the protest. 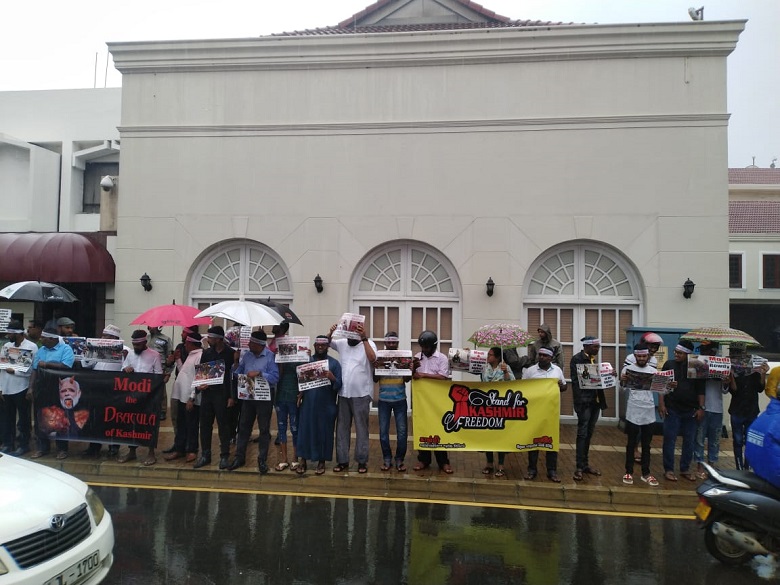 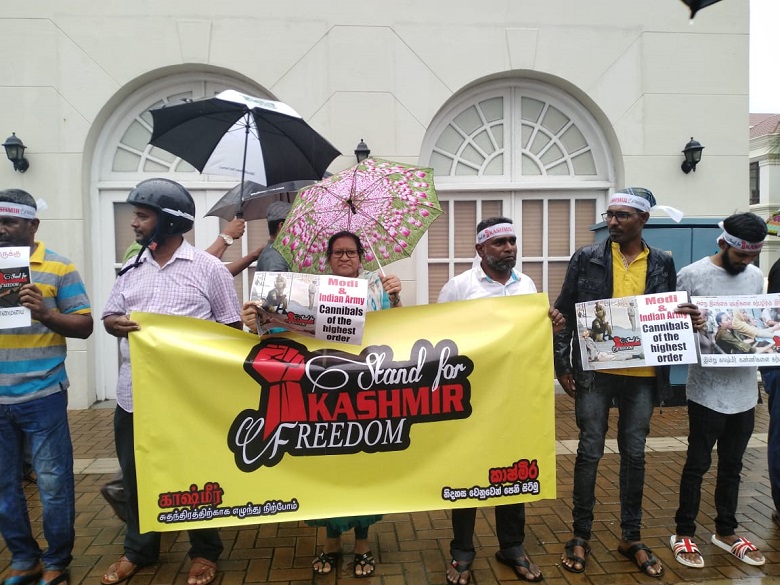 During the protest, two letters condemning the inhuman/brutal treatment of Kashmiri people by the Indian forces were handed over to the Indian High Commission in Colombo. 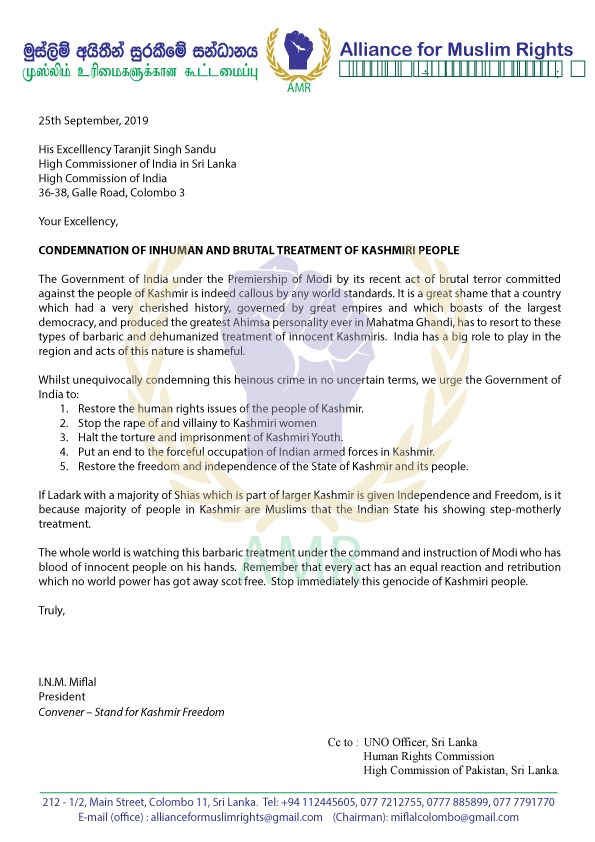 Mati
Mati-Ullah is the Online Editor For DND. He is the real man to handle the team around the Country and get news from them and provide to you instantly.
Share
Facebook
Twitter
Pinterest
WhatsApp
Previous article
South Asia faces serious threats to its peace owing to non-resolution of Kashmir dispute, Qureshi tells UNGA President
Next article
Human Right Activists protest for Kashmir outside BBC & CNN Headquarters in London
Share
Facebook
Twitter
Pinterest
WhatsApp