A few days ago Irfan Raza, a journalist from DAWN News, was reportedly abducted from Islamabad Capital Territory (ICT) and later was recovered from Chakri area in Rawalpindi.

The unidentified armed kidnappers took away his vehicle. A few weeks ago, renowned journalist Arshad Sharif was shot dead in Kenya.

According to the International Federation of Journalists, Pakistan is the fifth most dangerous country for journalists. The Reporters Without Borders World Press Freedom Index 2022 has ranked Pakistan 157 out of 180 countries. “96 journalists and media workers have been killed in Pakistan between 1992 and 2022” (Commission to Protect Journalists). Civil society and journalist associations are demanding the authorities to provide security to media persons and their families. This has brought a bad name to the country at the international forum and is raising serious questions on the ability of government, law enforcement agencies, courts, and administration to ensure the safety of journalists.

Section 3 of the Protection of Journalists and Media Professionals Act (PJMPA), 2021 guarantees media professionals the right to life and protection against ill-treatment. Physical security is a fundamental right of every individual irrespective of ethnicity, profession, or religious beliefs. However, we need to understand that no state on earth can provide separate physical security to each and every individual. The security of individuals is ensured through promoting an environment of cultural diversity, tolerance, and accommodation of divergent points of view.

The real sense of security for journalists or media persons lies in the freedom of expression. Instead of chasing the dreams of absolute freedom which does not exist anywhere in the world, the real concern should be to promote and protect objective journalism.

There are problems at both ends. The problem here is that most media houses and journalists have become mouthpieces of political parties; hence, compromising the very basic journalistic values and ethics. If they wish to do politics, then they should join a political party and give up journalism. Then, there is a fashion among our journalists to wrongly claim that they are on the radar of security agencies or that the state apparatus is threatening them – hoping to receive attention and fame overnight.

They say the pen is mightier than a sword. With technological advancement, the mic has become more powerful than the gun. Media has the power to transform society; hence the biggest responsibility again lies on journalists, who have access to and control over tools of communication. Taking extreme positions, and pursuing personal or political agendas may get a higher rating but ultimately it is more likely to hit them back.

In the same manner, the security apparatus also needs to increase its tolerance level. Individuals in the LEAs need to be trained on how to initiate dialogue, and communicate with people in a decent manner without hurting the self-respect of their perceived “enemies”. So far, there is a perception that the security agencies see others only through one lens – ‘anti-state.’ This would only divide the society on ‘You and Us’ lines, and in no way could be helpful in strengthening national security, the very objective they are working for. The allegations of misusing authority and power, launching mala fide campaigns, violating fundamental rights, and maligning institutions are coming from both sides. But, who would decide whether the red line has been crossed or not? There is a need to develop a mechanism that would discourage the practice of vigilantism – both individuals and institutions taking law into their own hands. A high-powered, fully independent, and reputable commission as envisioned in in Section 12 of the PJMPA, 2021 is the solution. If any party has a complaint over a journalistic piece of work, the matter should be brought before that Commission. There, both parties should present their facts and arguments. The Commission should be bound to issue its final verdict on the case within a specified time.

Violent crimes do not go untraced and unpunished in civilized states. Pakistan too needs to meet its obligations fully and honestly in this regard. The world is in no mood to listen to hollow rhetorical statements. Here, it is worth mentioning that Section 11 (1) of PJMPA, 2021 takes into account this fact in the following words:

“No threatening, coercive, abusive or violent act, committed against journalists or media professionals, shall be exempt from immediate and effective investigation and prosecution.”

Then, there is a dire need to regulate digital media as it would be catastrophic to leave it unbridled and unchecked. Every individual, irrespective of his qualification and training, with a smartphone and access to the internet, has become a journalist. He or she is completely unaware of the impact it can cause and the responsibility it demands.

People, in the guise of journalism, are engaging in character assassination of their opponents. Mostly, people do not realize the thin line separating their freedom and others’ privacy. The Ministry of Information and Broadcasting, instead of focusing on media management, will be doing a great service by investing in the capacity building of journalists. Only a professionally well-trained and well-informed cadre of journalists conscious of their own rights and responsibilities, and considerate of others’ sensitivities can ensure their own safety without compromising professional integrity.

Likewise, the State too must embrace constructive criticism with an open heart. Elimination of any independent and free-thinking journalist is the ultimate form of censorship, both crude and savage, which the civilized world does not allow any state or individual under any circumstances. 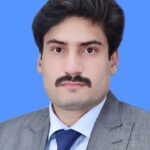 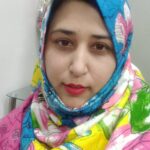 Note: Sohaib is a researcher at the Associated Press of Pakistan Corporation (APPC) while Hina is a Sub-Editor at APPC.