ISLAMABAD, Pakistan: The Centre for Social Justice (CSJ) launched a “White Paper on Confusing Demographics of Minorities” at the National Press Club (NPC) in Islamabad on Tuesday.

In the event, the Speakers including the Executive Director of CSJ Peter Jacob, Executive Director of Centre for Peace and Development Initiatives (CPDI) Mukhtar Ahmed Ali, the Member of the National Commission for Minorities Albert David, and Jennifer Jag Jivan expressed their apprehensions regarding the lack of preparedness for the next population census.

They urged the Pakistan Bureau of Statistics (PBS) to revise the questionnaire to count and present separately gypsies /Nomads as well as minor minorities including; Baha’i, Kalash, Jews, Buddhist, etc. rather than presenting them accumulatively as “Others” in the results to manifest the religious and ethnic diversity of Pakistan, and to facilitate policy planning.

Moreover, to involve key stakeholders including; civil society, international observers, and media in the census monitoring committee, and brief them on important features of data collection and compilation of census in order to build transparency and public trust. The PBS should also make efforts for mandatory and structural inclusion of minorities in its system. 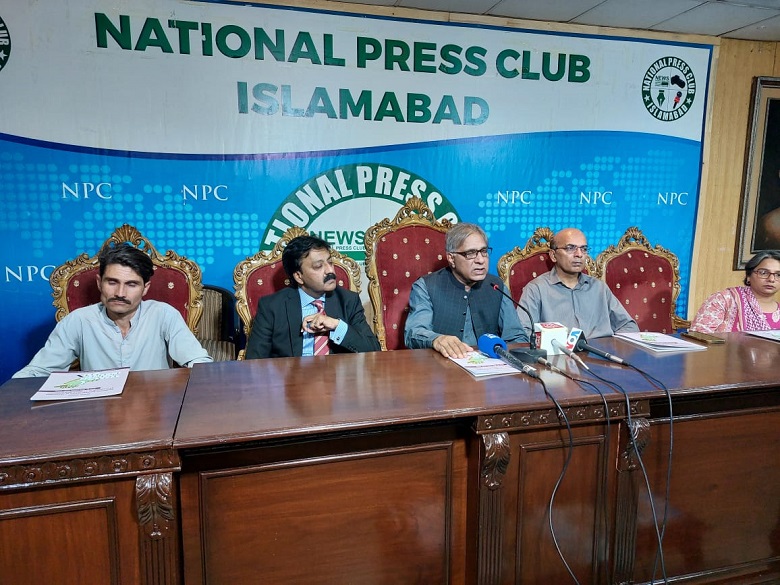 The White Paper “Confusing Demographics of Minorities” based on the data analysis of Censuses in 1981, 1998 and 2017 – introduced in the event – found that:

a) The demographic picture of religious minorities showed inconsistent and illogical growth, even a decline (0.21%) that leaves doubts about the credibility of census data.

d) The segregated data about the social and economic development of religious minorities is missing in the census data.

e) The NADRA’s data does not help verify the Census data due to various inconsistencies, for instance, categories of minorities used. Although the population of scheduled caste was shown as 0.33 million and 0.85 million respectively for censuses in 1998 and 2017, however, not a single citizen had identified him/herself as scheduled caste in the registration with NADRA.

f) The NADRA offers a broad choice to citizens to self-identify their religious orientation hence 18 categories of faith identities of citizens emerge. It is appreciable as it means greater respect for freedom of religion or belief, while the census data restricts the choice to six and maximum nine categories. It means a disregard for minor minorities (Baha’i, Kalash, Jews, Buddhist, etc.) whose data is clubbed together as “Others”.

Peter Jacob urged the government to involve non-government stakeholders to build trust and to avoid controversies census process in 2022.

Albert David said that the vocabulary used by the PBS and the NADRA must show coherence and consistency (Mukhanas vs Khawaja Sara). He observed that there is a general concern among Christians that their numbers have hugely been underreported, which has an impact on their socio-economic and political rights. The results of the 6th population Census became controversial, therefore, the culture of secrecy observed in data processing must end. The census results at all levels (Union Council, Tehsil, and District) should be shared in order to build confidence among the masses.

Mukhtar Ahmed Ali emphasized the importance of the Census as a national activity entailing resource allocation, representation in legislative assemblies, and the delimitation of constituencies.

Therefore, the Council of Common Interest (CII) should address the trust deficit and build consensus on major undertakings and look into the issues highlighted by civil society for a credible outcome of the national population census through participatory transparency, sound technical planning, information dissemination, and training of enumerators to be involved.

Jennifer Jag Jivan noted that the last two censuses have shown a considerable loss of religious diversity in Pakistan, therefore the complaints relating to the outreach of enumeration should be timely registered/ acknowledged and effectively addressed so that accurate and credible data comes out at the end.

Mati
Mati-Ullah is the Online Editor For DND. He is the real man to handle the team around the Country and get news from them and provide to you instantly.
Share
Facebook
Twitter
Pinterest
WhatsApp
Previous articleForeign Secretary briefs OIC Envoys regarding sacrilegious remarks made by BJP officials
Next articleTop 5 songs by Azaan Sami Khan