Earlier on his arrival at Al-Ghudaibya Palace, the prime minister received the Guard of Honour. 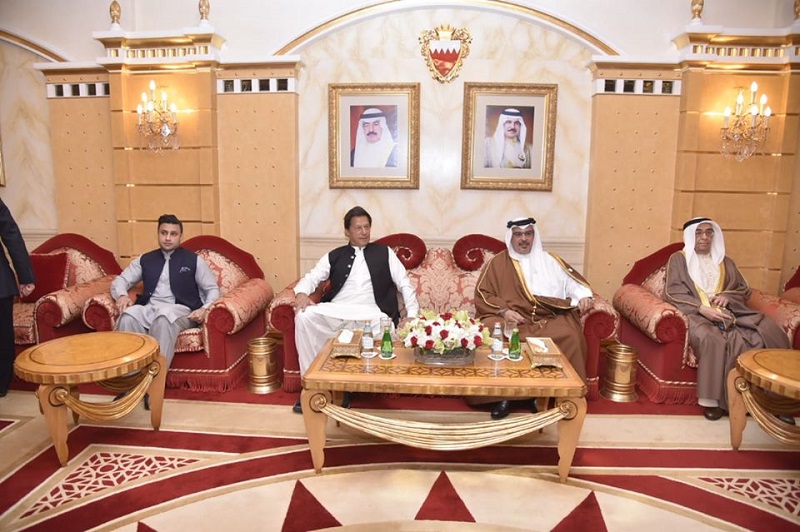 Prior to that, the Crown Prince of Bahrain Salman Bin Hamad Bin Isa Al Khalifa received Prime Minister Imran Khan with a red-carpet welcome when the latter accompanied by his Special Assistant on Overseas Pakistanis and Human Resource Development Syed Zulfiqar Bukhari and Senior Officials arrived at Manama airport of Bahrain.

The prime minister is paying the visit to the Kingdom of Bahrain to attend the National Day of Bahrain as the Guest of Honour.

Bahrain’s Highest Civil Award will also be conferred upon Prime Minister Imran Khan during his stay in Manama.

Mati
Mati-Ullah is the Online Editor For DND. He is the real man to handle the team around the Country and get news from them and provide to you instantly.
Share
Facebook
Twitter
Pinterest
WhatsApp
Previous articleCGSS organizes Int’l Conference on “Cross-Regional Media Fusion among the Belt and Road Partners”
Next articleUS Senator Lindsey Graham meets COAS General Bajwa