COLOMBO, Sri Lanka: Prime Minister Imran Khan has invited the Sri Lankan business community to participate in the China-Pakistan Economic Corridor (CPEC) project that opens the opportunity for them right up to Central Asia.

“I would like to invite Sri Lanka in our CPEC project. It opens opportunities to Sri Lankan business right up to Central Asia,” he said in his address at the first Pakistan-Sri Lanka Trade and Investment Conference held in Colombo on Wednesday.

The prime minister said that incentives have been offered to the business community to invest in Special Economic Zones (SEZs) being established in Pakistan under the CPEC. 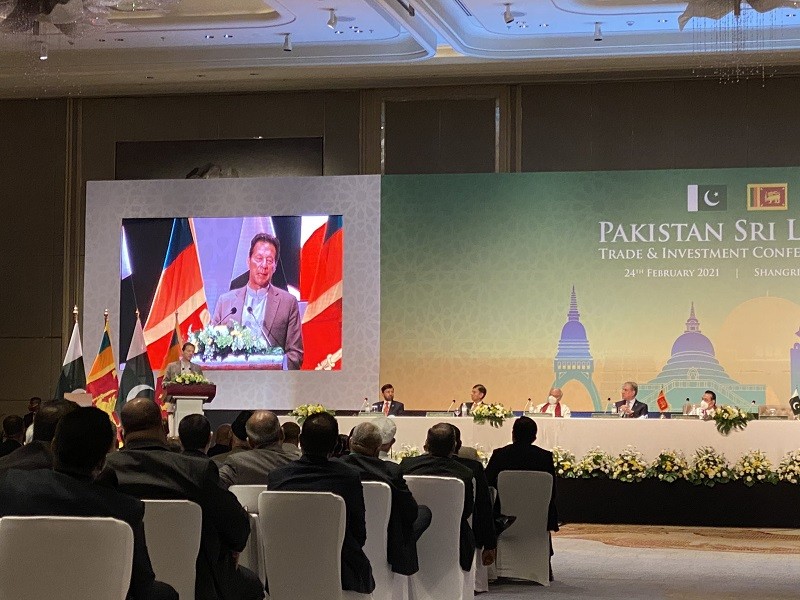 Emphasizing on improving trade links among the countries of the sub-continent to bring people out of poverty, he said that the way forward for the sub-continent is to resolve differences and improve trade relationships.

Imran Khan said that our difference is only the Kashmir issue which should be resolved as per the UN Security Council resolutions. He said that differences can only be resolved through dialogue.

“I reached out to the Indian Prime Minister Narendra Modi and spoke to him about settling differences but he didn’t understand. I am optimistic and that sense will prevail. Pakistan can also play its part to ease tensions between the US and China like how we have done in the past,” he said.

The prime minister said that our problems are subservient to trade and investment.

Furthermore, Imran Khan said that he came to politics with the dream of a welfare state and poverty alleviation.

The prime minister also said that we can learn from Sri Lanka in tourism. He said that Pakistan has enormous potential in tourism including unique mountains, coastal line, and also religious tourism.

Mati
Mati-Ullah is the Online Editor For DND. He is the real man to handle the team around the Country and get news from them and provide to you instantly.
Share
Facebook
Twitter
Pinterest
WhatsApp
Previous articlePM Imran Khan discusses bilateral ties with Sri Lankan President
Next articlePM Imran Khan stresses Pakistan-Sri Lanka robust economic partnership