The historical package has been announced under the Karachi Transformation Plan aimed at addressing the Provincial Capital’s long-pending problems like choked drainage and sewerage system, encroachments, poor waste disposal, water supply, and transport.

Flanked by the Karachi Committee members including the Sindh Governor Imran Ismail and the Sindh Chief Minister Murad Ali Shah, the prime minister briefed the media persons in Karachi about the package, and said that both the federal and provincial governments will contribute to it.

Imran Khan said that under the package, the problems of Karachi relating to water will be permanently addressed in a matter of three years.

The prime minister said that it has been decided that the National Disaster Management Authority (NDMA) will clear the Nullahs in the Provincial Capital. 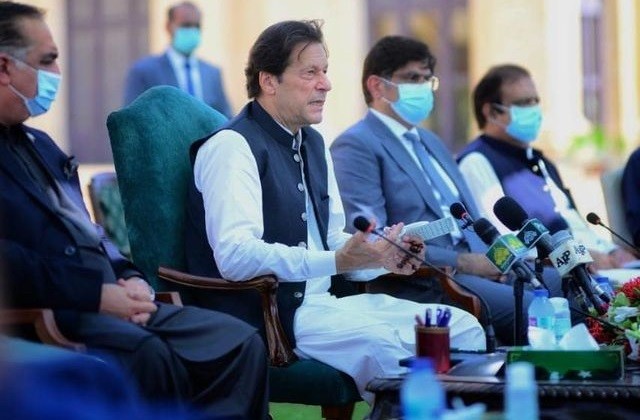 Imran Khan said that there are encroachments in Nullahs and the Sindh government has taken the responsibility to settle the families who will displace as a result of the clearance of the Nullahs.

Furthermore, he said that the package amount will also be used to address the sewerage, solid waste management and transport issues of the City.

The prime minister said that the Karachi Circular Railway project will be completed in addition to improving the road infrastructure from the amount allocated for the Karachi package.

Imran Khan further said that on the pattern of the National Command and Operation Center (NCOC), a Provincial Coordination Implementation Committee (PCIC), which will include all stakeholders, will be established to ensure the implementation of the decisions regarding Karachi.

Earlier, the prime minister presided over a Meeting of the Karachi Committee following his arrival in the Metropolis.

Mati
Mati-Ullah is the Online Editor For DND. He is the real man to handle the team around the Country and get news from them and provide to you instantly.
Share
Facebook
Twitter
Pinterest
WhatsApp
Previous articleInternational tender of ML-1 project to be issued on September 12: Sheikh Rasheed
Next articlePEMRA Bans Ishqiya and Pyar Ke Sadqay – Details Inside!