KABUL, Afghanistan: Prime Minister Imran Khan has said that Pakistan has always extended all-out support to any initiative taken by the Afghan government that can bring lasting peace to Afghanistan.

While addressing a joint Press Conference along with the Afghan President Ashraf Ghani following a one-on-one meeting in Kabul on Thursday, the prime minister said that Pakistan played its role in bringing the Taliban to the negotiating table with the United States and then facilitated Intra Afghan talks, assuring that Pakistan will leave no stone unturned to ensure to put an end to violence in Afghanistan.

The prime minister said that Pakistan will continue to offer every possible assistance and cooperation needed to ensure peace in Afghanistan.

Terming the Pakistan-Afghanistan bilateral relations historic, Imran Khan said that the people of both the brotherly Countries desire for peace, and a peaceful Afghanistan will guarantee regional stability and prosperity. 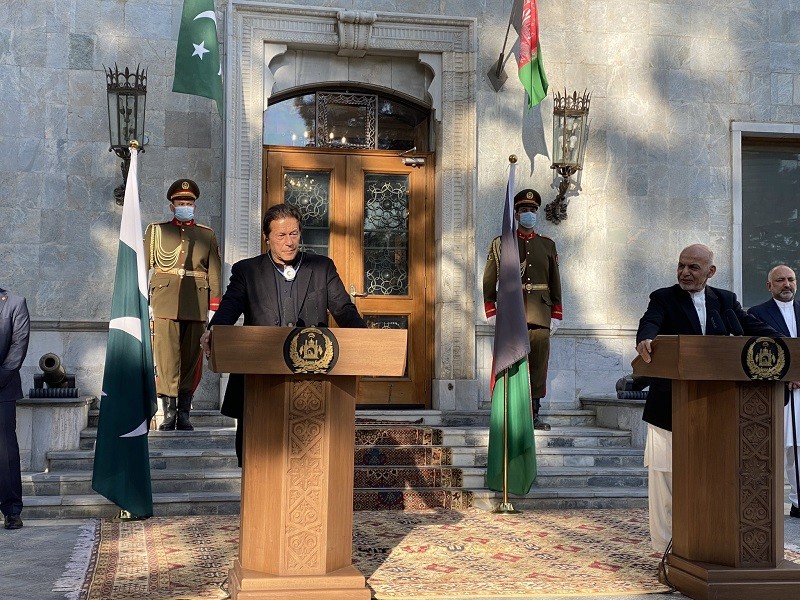 Expressing gratitude to the Afghan president for extending an invitation to him to visit Kabul, the prime minister said that Kabul is a historic City which is equally significant for all of us. He added that Kabul was the best tourist destination in the 60s.

In his remarks at the Press Conference, the Afghan President Ashraf Ghani said that lasting peace in Afghanistan needs a complete ceasefire, and violence and peace cannot stand together.

The Afghan president said that violence is not a solution to any issue, and underlined the significance of Pakistan-Afghanistan cooperation for the development and prosperity of both the Countries.

Ashraf Ghani said that it is among their priorities to eradicate poverty and ensure the people’s welfare in both the Countries.

The president thanked Prime Minister Imran Khan for visit Kabul, and said that he would soon visit Pakistan.

Earlier in the morning, Prime Minister Imran Khan arrived in Kabul on his maiden visit to Afghanistan since assuming the Office in August 2018 on the invitation of the Afghan President Ashraf Ghani.

Upon his arrival at Kabul airport, the prime minister was received by the Afghan Foreign Minister Mohammad Haneef Atmar and the Afghan President’s Special Representative for Pakistan Mohammad Umer Daudzai, and senior officials.