As accepted, Nepal and China signed 18 memorandums of understanding and two letters of exchange and Chinese President announced Rs 56 billion economic assistance for Nepal for the next two years—2020 to 2022. 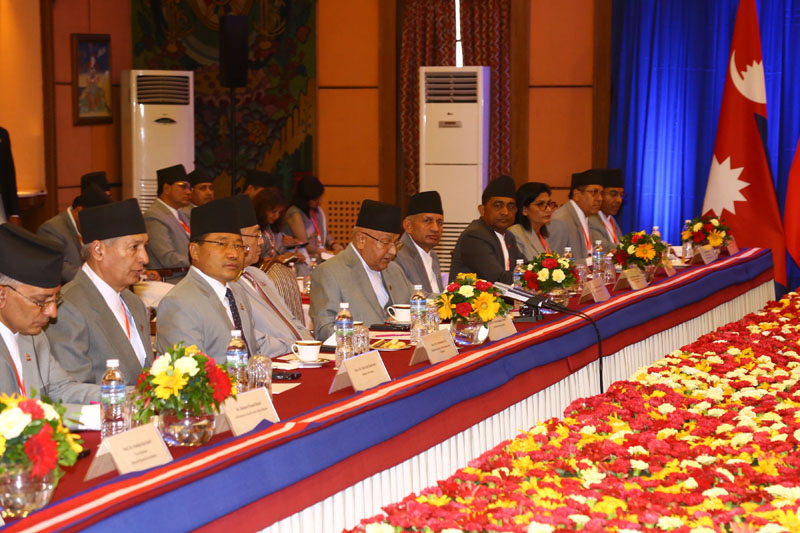 China will actively contribute in Nepal Tourisn Year 2020 and will send Chinese tourists to Nepal also.

The most important Memorandum of Understandings (MoUs) were Trans-Himalayan Railway, several infrastructure projects and establishment of Technical University in Nepal.

Following Memorandum of Understandings (MOUs) were signed in the presence of President Xi and Prime Minister Oli. 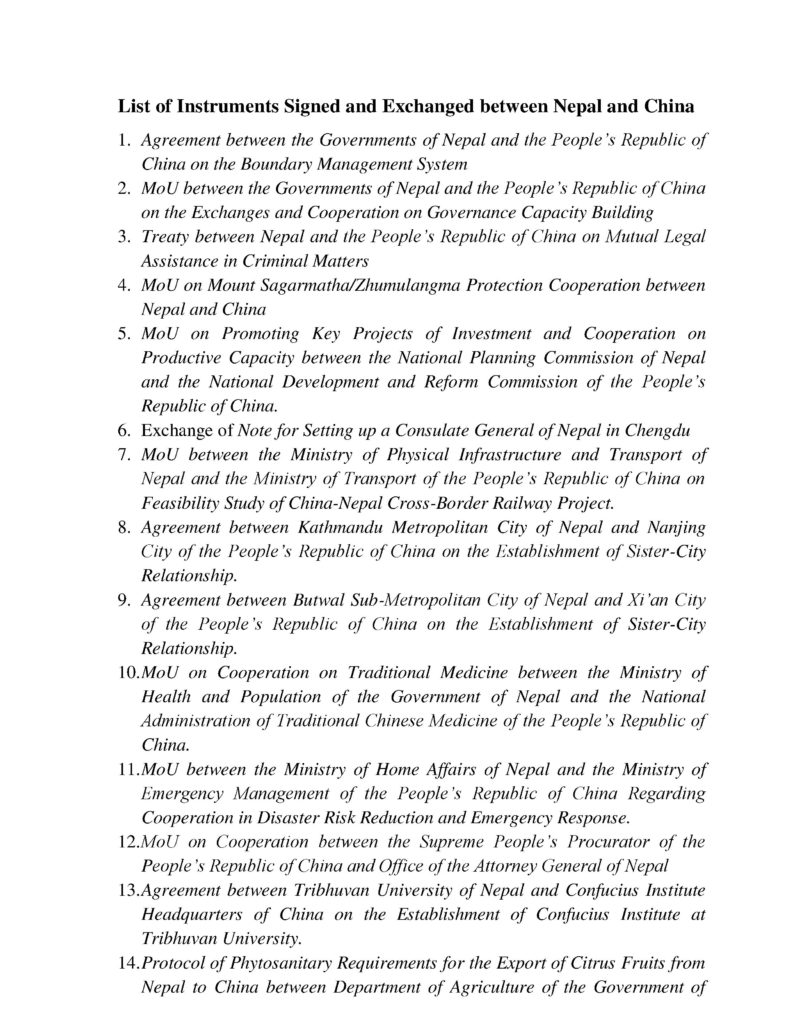 The visit of President Xi Jinping has opened a new gateway of opportunities and self reliance for Nepal. Better connectivity between the two countries through several projects including Trans-Himalayan trade routes will mitigate dependence of Nepal on neighbouring India. It is pertinent to mention that total dependence of landlocked Nepal over India played havoc with its economy when India aggressively put five-month blockade of its southern border in 2015 because Nepali parliament was not ready to pass “Indian written constitution” and wanted to stand as a sovereign and independent state.