Speaking on the occasion, the president said that it is difficult to express the depth of the relations between Pakistan and Turkey in words. He underlined that Pakistan respects the role of Turkey in resolving the challenges faced by Muslim Ummah.

The president said that Pakistan and Turkey will continue to support each other at the international forums. He underscored that there is a strong cooperation between the democratic institutions of the both countries.

President Mamnoon emphasized that Turkey is playing remarkable role in resolving the issues of the Muslim World. 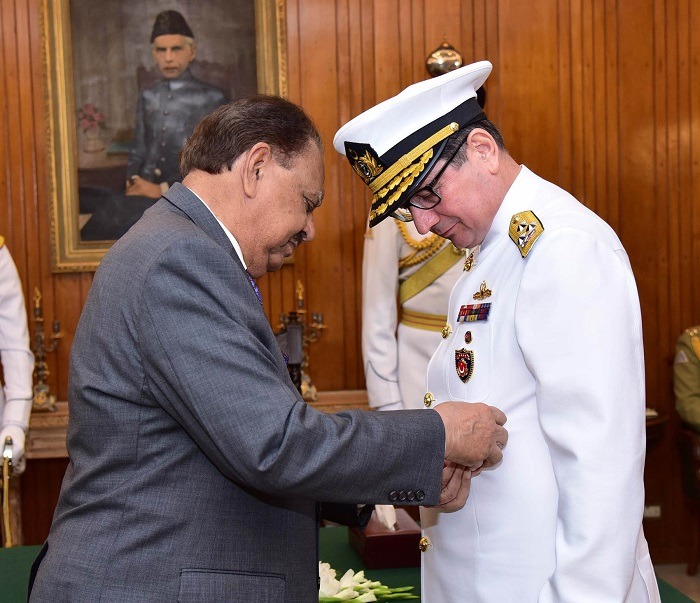 Mamnoon Hussain said that Pak-Turkish defense relations will further develop in the future. He stated that President Recep Tayyip Erdogan has played a commendable role for the resolution of Afghanistan issue. He added that we are proud of the friendship with the Turkish government, people and President Recep Tayyip Erdogan. He also praised the hospitality of Turkey towards the refugees.

The president stressed that unity among the Muslim Ummah is need of the hour in order to deal with the current problems.

Earlier, an investiture ceremony was held at the Aiwan-e-Sadr in Islamabad to confer NI(M) upon the Turkish Naval Chief.

On the occasion, the Commander of Turkish Naval Forces Vice Admiral Adnan OZBAL thanked the president and said that he will continue to play his role in promoting Pak-Turkish defence ties.

Mati
Mati-Ullah is the Online Editor For DND. He is the real man to handle the team around the Country and get news from them and provide to you instantly.
Share
Facebook
Twitter
Pinterest
WhatsApp
Previous articleIndia can never suppress Kashmiris’ struggle for self-determination: Army Chief
Next articlePTV Sports Pakistan vs West Indies 2nd T20 Live Streaming