President for exposing real face of India at all international fora

ISLAMABAD, Pakistan: President Dr. Arif Alvi has urged the international community to take note of the grave human rights violations being committed by the Indian Security Forces against the people of Indian Illegally Occupied Jammu and Kashmir (IIOJK).

Talking to Pakistan’s Permanent Representative to the United Nations Ambassador Munir Akram at Aiwan-e-Sadr in Islamabad on Monday, the president highlighted that the real face of India needs to be exposed at all international fora, which has been involved in the extra-judicial killings, torture and incarceration of innocent Muslims of IIOJK and other minority groups. 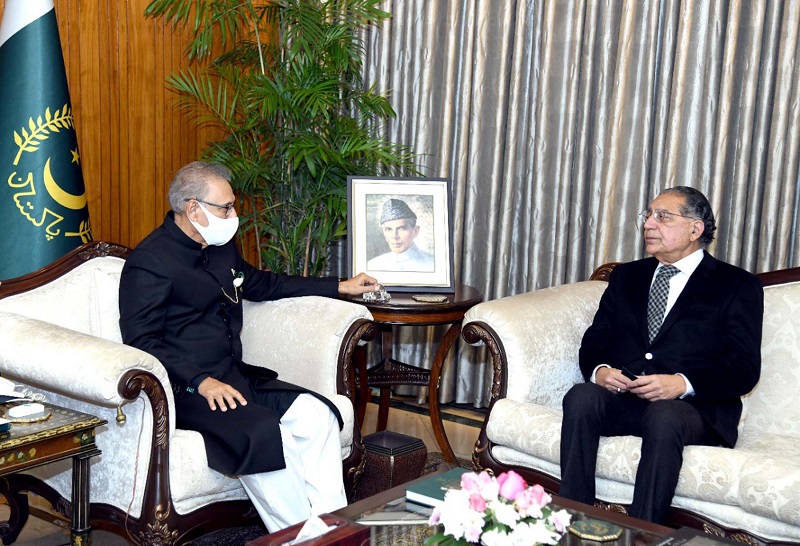 The president said that India has unleashed a reign of terror against the innocent people of IIJOK and has subjected them to the worst forms of state terrorism for decades.

President Arif Alvi said that it is the responsibility of the international community to stop India from committing gross human rights violations and implement UN Security Council Resolutions on Kashmir. He reiterated that Pakistan would continue to support the Kashmiri people in their just struggle for their right to self-determination.

The president deplored the fact that India is persecuting minority groups, particularly Muslims and Christians, adding that India’s inhuman treatment of minorities and its belligerent posture pose threat to regional peace and stability.

Dr. Arif Alvi termed the 17th Extraordinary Session of the OIC Conference of Foreign Ministers hosted by Pakistan as highly successful that attracted the world’s attention to the grave humanitarian and economic situation of Afghanistan. He highlighted that the Conference reflected Pakistan’s commitment to a stable and prosperous Afghanistan.

The president expressed satisfaction that the Conference generated international support to help address the economic and humanitarian challenges being faced by the people of Afghanistan.